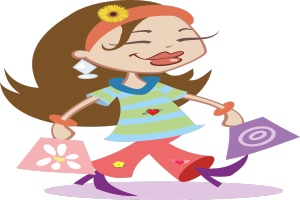 New Delhi: The Central Government today notified the Consumer Protection (Jurisdiction of the District Commission, the State Commission and the National Commission) Rules, 2021.

With notification of the aforementioned rules, the new pecuniary jurisdiction, subject to other provisions of the Act, shall be as under:

It may be mentioned that the Consumer Protection Act, 2019 promulgates a three-tier quasi-judicial mechanism for redressal of consumer disputes namely district commissions, state commissions and national commission. The Act also stipulates the pecuniary jurisdiction of each tier of consumer commission. It further stipulates that every complaint shall be disposed of as expeditiously as possible and endeavour shall be made to decide the complaint within a period of 3 months from the date of receipt of notice by opposite party where the complaint does not require analysis or testing of commodities and within 5 months if it requires analysis or testing of commodities.

However, after the Act came into force, it was observed that the existing provisions relating to pecuniary jurisdiction of consumer commissions were leading to cases which could earlier be filed in National Commission to be filed in State Commissions and cases which could earlier be filed in State Commissions to be filed in District Commissions. According to the Ministry of Consumer Affairs, Food & Public Distribution, this caused a significant increase in the workload of District Commissions, leading to rise in pendency and delay in disposal of cases, defeating the very object of securing speedy redressal to consumers as envisaged under the Act.

Therefore, with regard to revision of pecuniary jurisdiction, Central Government held wide consultation with States/Union Territories, consumer organizations, law chairs, and examined the issues that had created long pendency of cases in detail.

Meanwhile, the Act also provides consumers the option of filing complaint electronically. To facilitate consumers in filing their complaint online, the Central Government has set up the E-Daakhil Portal, which provides a hassle-free, speedy and inexpensive facility to consumers around the country to conveniently approach the relevant consumer forum, dispensing the need to travel and be physically present to file their grievance. E-Daakhil has many features like e-Notice, case document download link & VC hearing link, filing written response by opposite party, filing rejoinder by complainant and alerts via SMS/Email.

To provide a faster and amicable mode of settling consumer disputes, the Act also includes reference of consumer disputes to Mediation, with the consent of both parties to save time and money of the parties involved in litigating the dispute, and also to aid in reducing overall pendency of cases.