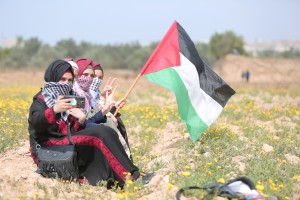 Tel Aviv/Washington D.C./New York/Geneva: Israel declared a ceasefire in Occupied Palestinian Territory late evening May 20, 2021,  after its Security Cabinet unanimously accepted the recommendation of all of the security officials to accept the Egyptian initiative for a mutual ceasefire without pre-conditions. The ceasefire went into effect at 2 a.m on May 21, 2021.

While Hamas militants claimed victory and people took to the streets of Gaza early today (Friday) to celebrate a ceasefire, Israel’s political leadership emphasized that it is the reality on the ground that will determine the future of the operation.

Egypt said that Hamas and the other groups in Gaza have also agreed to the ceasefire. Reports suggest that in the 11 days of deadly violence that erupted across the Gaza-southern Israeli border, at least 232 Palestinians, including more than 60 children were killed. In Israel, at least 12 were killed in indiscriminate rocket fire by Hamas and other extremist groups. Israel’s health ministry said that total of 2,496 people were treated in hospitals for injuries related to attacks from Gaza and Jewish-Arab unrest during the 11 days of fighting. Of them, 61 were in serious condition.

US President Joe Biden said in Washington D.C. that the United States was committed to working with the United Nations, “and we remain committed to working with the United Nations and other international stakeholders to provide rapid humanitarian assistance and to marshal international support for the people of Gaza and the Gaza reconstruction efforts.” However, the US vowed that it would work “in full partnership” with the Palestinian authority, which it made it clear was not Hamas, “in a manner that does not permit Hamas to simply restock its military arsenal”.

Speaking at the Defense Ministry in Tel Aviv today (May 21, 2021), Israeli Prime Minister Benjamin Netanyahu claimed Israel had not initiated this conflict. “We were attacked in an unprovoked manner by the Hamas terrorist organization that fired four thousand rockets into our capital and into our cities. No country will sit aside when it’s attacked in such a criminal fashion. Israel is no different.”

He added: “But we did do something different. We were fighting terrorists who are hiding among civilians in one of the most densely populated places on earth. They were firing rockets on our civilians while using their civilians as human shields. We did everything in our power to prevent civilian casualties, unnecessary casualties of non-combatants, while trying to attack the combatants who are trying to murder our citizens. We regret every loss of life, but I can tell you categorically, there is no army in the world that acts in a more moral fashion than the army of Israel.”

Earlier, US President Joe Biden, who Netanyahu called “a friend of many years, who stood by Israel throughout this conflict”, informed in Washington last night after speaking to Netanyahu and President Al Sisi of Egypt, that Israel has agreed to a “mutual, unconditional ceasefire to begin in less than two hours. The Egyptians have now informed us that Hamas and the other groups in Gaza have also agreed”.

Speaking about his discussion with Biden, Netanyahu said the US President “expressed clearly, unreservedly”, America’s support for Israel’s right of self-defense. “And I am also grateful to President Biden for offering to help replenish our stocks of missile interceptors. That’s so important to saving Israeli lives, and coincidentally, Palestinian lives. Without Iron Dome, we would have had to have a ground invasion of Gaza to stop them firing their missiles and the casualty list would have soared to stratospheric heights,” he said. Netanyahu went on to thank Biden and “the many leaders around the world who have stood by Israel”.

Biden informed that in his conversation with the Israeli PM, he commended Netanyahu for the decision to bring the current hostilities to a close within less than 11 days.  “I also emphasized what I have said throughout this conflict: The United States fully supports Israel’s right to defend itself against indiscriminate rocket attacks from Hamas and other Gaza-based terrorist groups that have taken the lives of innocent civilians in Israel.

About the Iron Dome system, which the USA and Israel developed together and which saved the lives of countless Israeli citizens, both Arab and Jew, Biden said,  “I assured him of my full support to replenish Israel’s Iron Dome system to ensure its defenses and security in the future.”

Biden disclosed that over the last 11 days, he had spoken with the Israeli Prime Minister six times.  “I’ve also spoken with President Abbas of the Palestinian Authority more than once in part of our intense diplomatic engagement. They know how to distinguish so clearly between a democracy that cherishes life and a terrorist organization that glorifies death. I think that distinction and that support is crucial for our common future. “

He said he believed the Palestinians and Israelis equally deserve to live safely and securely and to enjoy equal measures of freedom, prosperity, and democracy, and declared that his  administration will continue “our quiet and relentless diplomacy toward that end.  I believe we have a genuine opportunity to make progress, and I’m committed to working for it”.

Meanwhile, China, which had criticized the US for getting in the way of a unanimous resolution against the conflict in the United Nations Security Council, welcomed the ceasefire agreement between Israel and Hamas, and called upon the international community to “extend helping hands” to the region. It said it will commit $1 million in emergency aid and a further $1 million to UN relief efforts for the Palestinians.

In the meantime, in Geneva, UN human rights experts today called for an investigation by the International Criminal Court into the attacks on civilian populations and other gross violations of human rights, while calling on all parties to the conflict in Gaza and Israel to respect the ceasefire.

The experts pointed to the forced evictions of Palestinian families living in Sheikh Jarrah and Silwan in Occupied East Jerusalem as the spark that set off a full-blown war. Besides the deaths of people including children as a result of the fighting, more than 450 buildings in the Gaza Strip were completely destroyed or damaged by missiles. Among them were six hospitals, nine healthcare centres and a water desalination plant, supplying around 250,000 Palestinians with clean drinking water, as well as a tower housing media offices such as Al Jazeera and Associated Press.

“Owing to the vast asymmetry of power, the victims of this conflict are disproportionately Palestinians in Gaza, of whom over 74,000 have been forcibly displaced and made homeless, mostly women and children,” the experts said.

“The indiscriminate or deliberate bombardment of civilians and towers housing civilians in Gaza and Israel, as well as media organizations and refugee camps in Gaza, are war crimes that are, prima facie, not justified by the requirements of proportionality and necessity under international law. All parties who engage in such attacks must bear individual and State responsibility as appropriate,” the UN experts said.

The experts urged the ICC to investigate acts by all parties which violate the Rome Statute, especially war crimes, including targeting of civilians, the massive and indiscriminate violations of the right to adequate housing, and to investigate acts and policies that have taken place during the conflict, or have contributed to it, that may amount to the crime of apartheid and crimes against humanity.

“We also urge Israel, the State of Palestine and other States to investigate and prosecute these crimes according to their national law or based on the principle of universal jurisdiction, to begin the process of ending impunity,” the experts concluded.