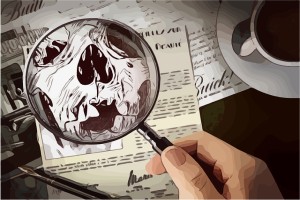 Mumbai: The apex agency Central Bureau of Investigation (CBI) stepping into investigate the Sushant Singh Rajput death case with a Special Investigative Team (SIT) is now faced with a major hurdle as Mumbai mayor and Shiv Sena leader Kishori Pednekar is insisting that amid the grim situation engendered by the Covid-19 pandemic, the CBI officers will have to obtain permission from the city police before it seeks to commence its probe. The mayor drew the caution line that the CBI officers stepping into Mumbai would get quarantined as was the case with the Patna IPS officer Vinay Tiwari, in the event they don’t obtain the city police’s permission.

As per the civic body’s guidelines people visiting Mumbai from other states have to compulsorily go through a 14-day quarantine. The state home minister, Anil Deshmukh meanwhile, issued a statement that the issue of whether a CBI probe is going to be initiated will be settled on the basis of the verdict given by the apex court on August 11. The minister further iterated that the CBI probe was unnecessary as the Mumbai police was doing its job.

The Home Minister’s statement came close to the Mumbai police preparing itself to submit a dossier on the investigations performed so far to the Supreme Court. Contrary to statements issued by the minister, the CBI has already taken over the baton from the Bihar police by re-registering the FIR that was originally registered in the Patna police station alleging abetment to suicide. The FIR alleged that his rumoured girlfriend Rhea Chakraborty was responsible for his suicide.

To clear the air on the legal status quo, the CBI is governed by the Delhi Special Police Establishment (DSPE) Act. Section 6 of the Act prohibits the CBI from carrying out investigations outside Delhi and other union territories without the permission of the respective state governments.

In a related development, the Enforcement Directorate (ED) has issued summons to Rhea’s father Indrajeet Chakraborty and brother Showik Chakraborty to appear before it on August 10. Rhea had undergone a nine-hour interrogation by the ED officers before she left the office at 9 p.m. on Friday. She is likely to be summoned again by the Enforcement agency. The probe also dwelt on the aspect that Rhea and her brother Showik were joint directors in the two companies that belonged to Sushant.

Rhea faced intense questioning from the ED officers on Friday, in the presence of her father Indrajeet, brother Showik and manager Shruti Modi. At the time of going to press, reports poured in that Sushant’s friend Siddharth Pithani is likely to face the scrutiny of the enforcement agency today. Pithani received his summons a day back to be present in Mumbai.

The Mumbai police’s submissions to the Supreme Court will include an affidavit along with a status report, in addition to a dossier that has already been prepared.