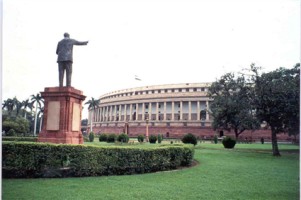 New Delhi: Elections for 18 Rajya Sabha seats from the States of Andhra Pradesh (4 seats), Gujarat (4 seats), Jharkhand (2 seats), Madhya Pradesh (3 seats), Manipur (1 seat), Meghalaya (1 seat) and Rajasthan (3 seats), will be held on June 19, Election Commission of India (ECI) announced here on Monday. The counting of votes will be held on June 19 and the results would be announced before June 22.

It may be mentioned that on February 25 this year, ECI had announced elections to the Council of States to fill 55 seats of Members from 17 States, retiring in the month of April,2020. After the last date of withdrawal on 18.03.2020,  37 seats from 10 States filled in were declared uncontested, and the biennial elections for 18 seats from the States of Andhra Pradesh, Gujarat, Jharkhand, Madhya Pradesh, Manipur, Meghalaya and Rajasthan were to be conducted on March 26 and the date before which elections was to be completed as earlier announced by the Commission was 30.03.2020.

However, because of the unforeseen situation of public health emergency due to COVID-19 and related advisories in the country, the Election Commission, had deferred the poll and extended the period of said election by invoking  Section 153 of the Representation of the People Act, 1951. The Section specifies that the Election Commission for reasons which it considers sufficient, may extend the time for the completion of any election by making necessary amendments in the notification issued by it under section 30 or sub-section (1) of section 39 of the said Act.

The term of office of 06 members of the Rajya Sabha elected from following three states is due to expire on their retirement in June to July, 2020 as detailed below: