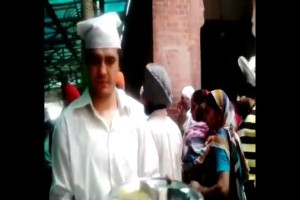 As the saying goes that acting runs in the blood of an actor is very much true with Major Mohommed Ali Shah (Veteran), who happens to be a nephew of versatile actor Naseeruddin Shah.  Better known as Major Ali, he is holding his breath for the release of award winning filmmaker Tigmanshu Dhulia’s upcoming film Yaara, where he is starring along with  Vidyut Jamwal, Shruti Hasan, Amit Sadh and Vijay Verma. He speaks to Vinod Raghavan about his role in the forthcoming film, and his aspirations as an actor in this exclusive interview to globalbihari.com

Q. All your directors have been award winning directors. You also were part of  Vishal Bhardwaj’s Haider which won 5 National Awards apart from from several other prestigious film awards. Besides, you worked with another national award winning director, Shriram Raghavan’s  film, Agent Vinod. The director of your upcoming film Yaara, Tigmanshu Dhulia too is a national award winner. Is this just a coincidence?

A. I feel proud that I have done quite a number of roles and coincidentally all my directors are Award winners.

Q. How did you get the role in Yaara?

A. My performance in Vishal Bhardwaj’s award winning film Haider was noticed by Dhulia and he roped me in Yaara. The film is ready and is scheduled to be released this month end on ZEE 5.

Q. So was it just because he offered you a role that you agreed to work or were you really excited by the role that was offered to you?

A. I am  very much conscious about my role. Being a nephew of versatile actor Naseeruddin Shah, who happens to be my mentor, I am not leaving any stone unturned to make my character powerful and noticed by the media buffs. Q. What is your role in Yaara?

A. Mine is a significant role of a Sikh CBI officer who is the main Sutradhar (Host). I call it my dream role since this role gives me a chance to display my talent as an actor perfectly.  I play the part of a character which is very contrary to my personality – I play this Sikh police officer who ages over two decades in the film. From a young new IPS officer to ageing on towards retirement as the Joint Director CBI.

Q. What type of preparations you did for the role?

A. I grew my hair for real over a long time. I learnt to tie a turban myself, gave up smoking completely, read the Shri Gurugranth Sahib ji, spent a month in the Golden Temple doing seva. Bound by the discipline I imbibed from my time in the Army and the minute attention to detail that I learnt from my experience as an IIM Alumnus. I wanted to bring genuinity to my character.

A. I enjoyed performing Seva in the temple by cleaning vessels, polishing shoes of devotees. I was a chain smoker but quit smoking as Sikhs don’t smoke.

A.On a particular day during the shoot, there was an immediate requirement of an urgent shot and the dress dada wasn’t to be traced at that particular point. At that moment, luckily, I took the initiative of learning to tie the turban and tied it myself quickly and was ready to take the shot. It was quite an experience.

Q. Now that the film is ready for release, what is your take on the film?

A. Certainly this film will find the much deserved appreciation from audiences and critics alike, and bring goodluck to me too and the much awaited recognition for the undivided efforts I put into this role. So looking forward to great heights of success for the entire team of Yaara.

Q. Now what next after Yaara?

A. I have recently completed shooting for acclaimed director Padma Bhushan Jahnu Baruah’s Broken Window, which is produced by Priyanka Chopra. It is a great honour to work with such great directors. It is indeed an interesting coincidence that  most of the film makers I have worked with are national film award winners!