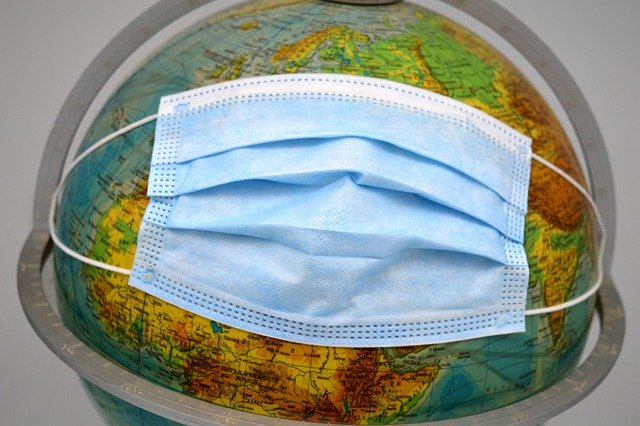 Geneva: The World Health Organisation (WHO) will reconvene the Emergency Committee later this week to re-evaluate the COVID-19 pandemic and advise as required under the International Health Regulations after almost 16 million cases have now been reported to WHO, and more than 640,000 deaths.

In the past 6 weeks, the total number of cases has roughly doubled and the WHO Director-General  Dr. Tedros Adhanom Ghebreyesus, warned at a press conference on Monday evening that “the pandemic continues to accelerate”.

It may be mentioned that this Thursday marks six months since WHO declared COVID-19 a public health emergency of international concern – the highest level of alarm under international law. However when the WHO had  declared an emergency on January 30 this year, there were less than 100 cases and no deaths reported outside of China.

This has been the sixth time a global health emergency has been declared under the International Health Regulations, but, as the WHO Director-General told a press conference here, “it is easily the most severe”.

“COVID-19 has changed our world…We have learned an enormous amount, and we’re still learning,” he said. He appealed to people to “Keep your distance from others, clean your hands, avoid crowded and enclosed areas, and wear a mask where recommended”. He asserted that wherever these measures were followed, cases went down. Where they’re not, cases went up.

“Countries and communities that have followed this advice carefully and consistently have done well, either in preventing large-scale outbreaks – like Cambodia, New Zealand, Rwanda, Thailand, Viet Nam, and islands in the Pacific and Caribbean – or in bringing large outbreaks under control – like Canada, China, Germany and the Republic of Korea. These are just a few examples, but there are many more that could have been listed,” he said.

Obliquely responding to the growing criticism in certain sections and countries about the role of the WHO in fighting the pandemic, Ghebreyesus claimed that it was within days of learning of the first cases in China, the WHO published extensive guidance on how to find, test and treat cases and protect health workers. “We also published the first protocol for testing for the virus, and immediately started working with a manufacturer in Germany to produce tests and ship them to countries most in need. We convened hundreds of scientists to develop a roadmap for research. We have brought together thousands of experts from all over the world, in many disciplines, to analyse the evolving evidence and distil it into guidance,” he said.

According to him, never before had WHO produced such a large volume of technical advice in such a short period. He went on to claim: “More than 4 million people have enrolled in our training courses through the OpenWHO.org online learning platform. We launched the Solidarity Trial to find answers fast about which therapeutics are the most effective. We launched Solidarity Flights to ship millions of test kits and tons of protective gear all over the world. We launched the Solidarity Response Fund, which has so far mobilized more than US$225 million from more than 563,000 individuals, companies and philanthropies. In addition, we mobilized more than 1 billion dollars from Member States and other generous donors to support countries. We worked with community organizations, religious groups, the public and private sectors, tech companies and many other groups to fight the infodemic. And we have formed the ACT Accelerator to speed up the development, production and equitable distribution of vaccines, diagnostics and therapeutics.”

Still, today the impacts of the pandemic were felt far beyond the suffering caused by the virus itself, and the WHO acknowledged that as a result, many essential health services had been disrupted, including for hepatitis.

It may be mentioned that the world observes World Hepatitis Day today, July 28.

There are five main strains of the hepatitis virus. The two most common types, B and C, cause liver damage and liver cancer. An estimated 325 million people globally live with hepatitis B or C, and each year these viruses kill an estimated 1.3 million people.

In 2016, the World Health Assembly had adopted the global hepatitis strategy, setting the world’s first hepatitis elimination targets. The strategy called for the elimination of viral hepatitis as a public health threat by 2030 – reducing new infections by 90% and mortality by 65%. Even talking about hepatitis elimination would have once seemed a fantasy but new drugs had transformed hepatitis C from a lifelong, deadly disease into one that in most cases can be cured in 12 weeks – although in many countries the medicines remain expensive and out of reach for many patients.

Still, many countries were making incredible progress. Egypt had tested more than 60 million people for hepatitis C, and linked those who test positive to treatment free of charge. There had been some progress with hepatitis B elimination, for example in Asia where childhood hepatitis B immunization coverage was high, including the all-important birth dose.

New research led by WHO and the London School of Hygiene and Tropical Medicine now shows that the global target set in 2000 to reduce the prevalence of hepatitis B infections in children under five years of age to less than 1% by 2020 have been achieved. This landmark achievement means we will dramatically reduce the number of cases of liver cancer and cirrhosis in future generations. However, progress is being hampered by low coverage of hepatitis B vaccine in some regions, particularly in sub-Saharan Africa, where many children still miss out on the all-important vaccine dose at birth.

“We call on countries – especially those with the highest burden – to implement these new guidelines as an important stepping stone on the road to hepatitis elimination. That road has been made harder by COVID-19,” Ghebreyesus said.

As for COVID-19 was concerned, he conceded that  “…we still have a long, hard road ahead of us”.