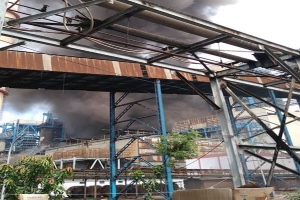 Chennai: At least six contractual workers were killed and 17 others were injured in an explosion at a boiler of NLC India Ltd’s thermal power plant in Cuddalore district at around 10 am on Wednesday.

The boiler was reported to be located at the stage-II of the government-run power plant. The injured were rushed to NLC Lignite Hospital.

R Vikraman, one of the directors of the power plant reportedly quoted as saying by a news agency, “The boiler was not in operation. We are investigating the incident.”

“Anguished to learn about the loss of lives due to a blast at Neyveli power plant boiler in Tamil Nadu.” Shah said.

Expressing his prayers for earliest recovery of the injured he also mentioned that the Central Industrial Security Force (CISF) was on the spot for relief work.

This is second such incident at Tamil Nadu’s Lignite power plant. Earlier this year, in May, about eight workers suffered from burn injuries in a similar incident.