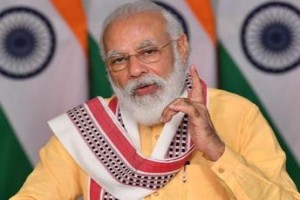 Modi thereafter hailed the initiative of some Bihari youth who had turned into cultivating pearls in their village. “Friends, when we think of doing something new, think innovatively, then even such tasks become possible, which, in general, no one imagines, as exemplified by some youth of Bihar. Earlier they used to do routine jobs. One day, they decided to start cultivating pearls. In their area, people did not know much about this, but, this group of people, first, gathered all the requisite information, went to Jaipur and Bhubaneswar and took training and started cultivating pearls in their village. Today, they are not just earning a lot from this activity but have also started training the migrant labourers returning from other states at Muzaffarpur, Begusarai and Patna. And for many people, this has opened the avenues to self-reliance,” he said.

Modi also made a reference to Jharkhand, which was carved out of Bihar and where the BJP lost power in last year’s elections – “An example from Jharkhand shows us how small local products can be hugely successful. In Bishunpur, Jharkhand, more than thirty groups are collectively cultivating lemongrass. It takes four months for lemongrass to mature and its oil fetches a decent price in the market.”

The Prime Minister also referred to the floods in the state and pointed out that many areas of “states like Bihar and Assam” were having to deal with a series of difficulties due to floods. “On the one hand, we have Corona and on the other we have this challenge. In such a scenario, all Governments, NDRF teams, Disaster response teams, Self help groups are working in tandem to provide relief and rescue in all possible ways. The whole country stands by those affected by this disaster,” he said.

Also while congratulating Chandrika Parasad Santokhi on becoming Suriname’s new President, Modi obliquely referred to the country’s Bihari connection and said that ‘Sarnami’ one of the common languages there is a dialect of Bhojpuri. “We Indians feel very proud of these cultural relations,” he said.