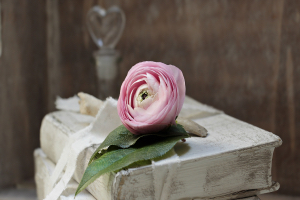 New Delhi: Centuries of Bihari Literature written in a dozen languages, are now available in English translation for the first time. The Book of Bihari Literature edited by poet-diplomat Abhay K. has been published by HarperCollins India. It contains translated literature from various languages spoken in Bihar such as Angika, Bajjika, Bhojpuri, English, Farsi, Hindi, Magahi, Maithili, Pali, Sanskrit and Urdu.

The Book of Bihari Literature is a vibrant collection of writings-poems, essays, stories-that have flowed from the pens of the great poets, thinkers and writers across millennia, who were born or lived in what is modern-day Bihar. This book makes accessible to English-speaking readers the bounty of Bihari literature, and brings to the fore works in neglected languages by ancient philosophers and celebrated contemporary authors alike.

Over the centuries, many great empires and kingdoms took root in Bihar and, along with advancements in mathematics, astronomy, philosophy, science and statecraft, they produced exemplary works of literature.

Talking about the book, Abhay K. says, ‘The Book of Bihari Literature makes accessible the rich literature of Bihar written in over ten languages, in English translation, to the world. The first of its kind, it’s a landmark anthology which will open many doors.’

Prema Govindan, Senior Commissioning Editor, Literary, at HarperCollins India adds, ‘A brilliant collection of the very best of Bihari literature, this anthology will delight and astonish in equal measure. It’s a veritable treat!’

Abhay K. (b.1980, Nalanda, Bihar) is the author of a dozen poetry books, including Celestial, Stray Poems, Monsoon, The Magic of Madagascar and The Alphabets of Latin America. He is also the editor of The Bloomsbury Book of Great Indian Love Poems, Capitals, New Brazilian Poems and The Bloomsbury Anthology of Great Indian Poems. His poems have appeared in over a hundred literary magazines, including the Poetry Salzburg Review and Asia Literary Review. His ‘Earth Anthem’ has been translated into over 150 languages. He received the SAARC Literary Award (2013) and was invited to record his poems at the Library of Congress, Washington, DC, in 2018. His translations of Kalidasa’s Meghaduta and Ritusamhara from Sanskrit won him the KLF Poetry Book of the Year Award (2020–21).