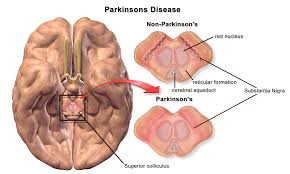 Parkinson’s disease is a common neurodegenerative disease that has no cure. It is believed that an aggregation of a protein called alpha synuclein (ASyn) plays a crucial role in the pathology of the disease. The aggregation is found in abundance in what is called the substantia nigra portion in the midbrain of patients suffering from Parkinson’s disease.

Many researchers from across the world are studying the mechanism of how the proteinforms the aggregates, and how the aggregation results in the death of neuronal cells observed in Parkinson’s disease. They believe that once these mysteries are uncovered, it could help develop a drug for the disease, which is badly needed and has been long overdue.

Unfortunately, the aggregation of ASyn is not something that is easy to understand. The end point of the aggregation is the formation of small slender fibres or `fibrils’, in which the protein has a structure type, what is called a cross beta fold. The fibrils are well studied thanks to a dye, Thioflavin T, which binds to the cross-beta structure and emits fluorescence. Scientists have solved the three-dimensional structures of the fibrils and have also learnt how to develop drugs to target them. However, these drugs do not work in the clinical trials.

These failures have made the scientists to think that perhaps they need to understand not only the fibrilsbut also the variety of intermediates that form early in the aggregation process. Unfortunately, the structure of these intermediates could not be solved yet and hence it is difficult to target them using a drug delivery technique. Also, scientists have not been able to come up with a way by which a single technique could monitor both the early intermediate species and the fibrils, which form at the end.

Recently, scientists from IIT (ISM) Dhanbad and CSIR-Indian Institute of Chemical Biology,Kolkata, teamed up to find a solution to this issue. The leader of the IIT (ISM) team Dr. Umakanta Tripathy, who is a physicist, studies nonlinear behaviour of biomaterials using Z-scan technique, a machine that he himself built at his home institute. Dr. Krishnananda Chattopadhyay of CSIR-Indian Institute of Chemical Biology, on the other hand, is a biophysicist who has been working to understand ASyn aggregation and its implications in Parkinson’s disease.

The team found that the Z-scan method is really a technique they have been looking for. It could help in monitoring both the early and late stages of the aggregation of ASyn nicely. They found that the protein possesses nonlinearity starting from its monomeric state to the fibrillar structure. They made three particularly interesting observations: first, the strength of nonlinearity is relatively stronger in the case of fibrils when compared to other conformations of the protein, and second, each of the different conformers populated in the different stages of the aggregation landscape seems to have a specific nonlinear property that could be targeted.  The third and the most important result was a switch in the sign of nonlinearitywhen the late oligomers form at around 24 hours.

The team is excited about this observation because these late oligomers are supposed to be the most toxic species of ASyn and a method – which monitors these conveniently – can be really useful for both pharmaceutical and clinical research.

Asked about the next action, Dr. Chattopadhyay said, “myself and my team at CSIR-IICB are exploring ways to use the Z-scan method to study ASyn aggregates ex vivo using a suitable animal Parkinson’s disease model, while Dr. Tripathy and his team planned to extend this method to other proteins and peptides to detect structures or conformations by systematic monitoring of their nonlinear values”.

The study team included Sumanta Ghosh, Sakshi, Bikash Chandra Swain, and Ritobrita Chakraborty. They have submitted a research paper on their work to ACS Chemical Neuroscience. The journal has accepted to publish it.[the_ad_placement id=”sidebar-feed”]