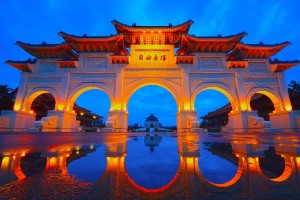 Current difficulties in relations entirely of Australia’s own making: China

Beijing: Reiterating that there is only one China in the world and that the Taiwan region is an inalienable part of China’s territory, Beijing today warned Taiwan authorities that “Taiwan independence” is a dead end, “dollar diplomacy” is rejected by all, and attempts to reverse the historical trend by soliciting foreign support is bound to fail.

Chinese foreign office was reacting to Taiwan’s warning to Honduran presidential candidate for the left-wing Liberty and Refoundation Party, Xiomara Castro, who had said on September 6 that she would open diplomatic relations with China if she wins elections in November.

Taiwan authorities in charge of foreign affairs had issued a statement to warn Honduras against “flashy and false” promises by the mainland China, adding that it was a usual trick to undermine ties between Taiwan and its “allies”.

There have also been reports that think tanks in Taiwan were of the view that the region should prioritize joining the Comprehensive and Progressive Agreement for Trans-Pacific Partnership (CPTPP) –  a trade agreement among Australia, Brunei, Canada, Chile, Japan, Malaysia, Mexico, New Zealand, Peru, Singapore, and Vietnam, because if the mainland joins the trade pact first, it would obstruct Taiwan’s accession and its participation in regional trade integration.

Wang Wenbin reacted by saying that the Taiwan region’s participation in regional economic cooperation must be handled in accordance with the one-China principle. “We oppose the discussion and signing of agreements with implications of sovereignty and of official nature between any country and the Taiwan region. China’s position on this issue is clear and resolute,” he said.

China meanwhile today also hit hard at Australia claiming that the current difficulties in China-Australia relations were entirely of Australia’s own making. Responding to Australian Treasurer Josh Frydenberg’s statement of September 6, 2021 that China’s combination of economic power and global connection poses “new and significant challenges for many countries”, and Australia is facing this pressure more sharply than most other countries, Wenbin claimed Australia actually was “a beneficiary of China’s development”.

Claiming that China had never done anything detrimental to Australia’s sovereignty, Wenbin said, “The label of so-called “economic coercion” can never be pinned onto China”.

He went on to hold Australia guilty of taking measures against market principles and even bullying acts and imposing restrictions on normal exchanges and cooperation between the two countries without cause, disrupting the good momentum of bilateral practical cooperation. “Meanwhile it has played the victim to put the blame on China, ganged up to pressure China, and grossly interfered in China’s internal affairs and harmed China’s core interests in violation of international law and basic norms governing international relations,” he charged.

He said it was  imperative that Australia should face up to the crux of the setbacks in bilateral relations, abandon the Cold War mentality and ideological bias, respect basic facts, take an objective and rational look at China and its development, earnestly follow the principles of mutual respect and equality when handling bilateral relations.

“The Australian side should also stop playing up “coercive China” narrative for selfish political gain and do more to enhance mutual trust and promote practical cooperation between the two countries, rather than the opposite,” he said.