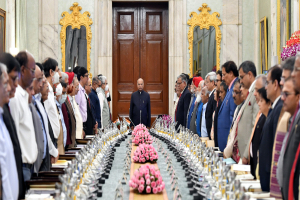 The President, Shri Ram Nath Kovind at the Visitors Conference 2022, at Rashtrapati Bhavan, in New Delhi on June 07, 2022.

New Delhi: The Election Commission of India announced today the schedule for the 16th Presidential election. Since the term of office of  Ram Nath Kovind, President of India, is ending on July 24, 2022, as per Article 62 of the Constitution of India, an election to fill the vacancy caused by the expiration of the term of office of the outgoing President is required to be completed before the expiration of the term.

Section 4(3) of the Presidential and Vice-Presidential Elections Act, 1952 provides that the notification for election shall be issued on or after the sixtieth day before the expiration of the term of office of the outgoing President.

The schedule for the Presidential election in 2022 is as follows: 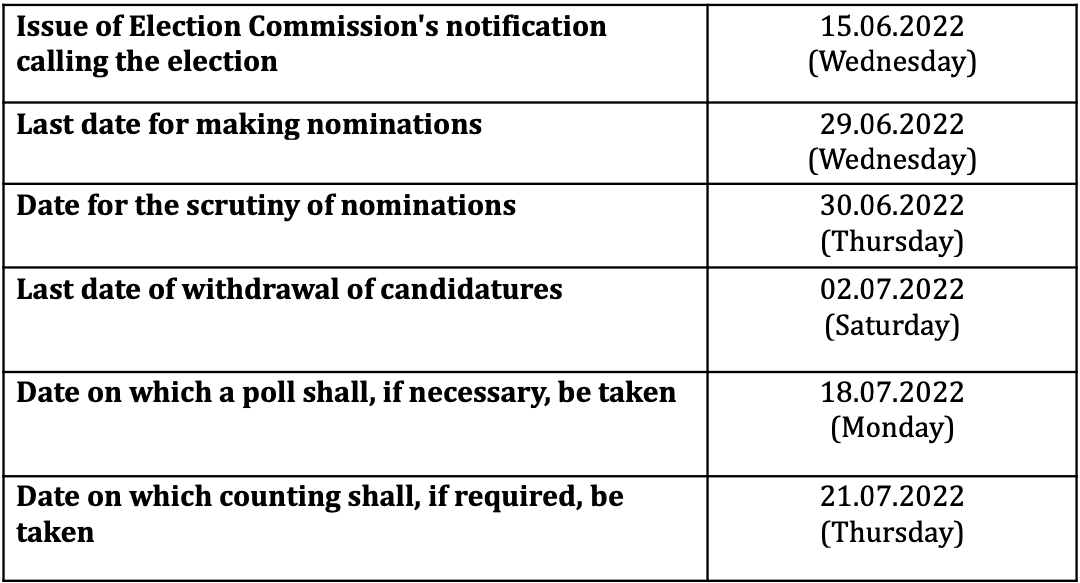 As per the Article 54 of the Constitution of India, the President is elected by the members of the Electoral College consisting of:

(I) elected members of both Houses of Parliament, and

(II) elected members of the Legislative Assemblies of all States including the National Capital Territory of Delhi and the Union Territory of Puducherry.

The nominated members of either Rajya Sabha and Lok Sabha or Legislative Assemblies of the States are not eligible to be included in the Electoral College and therefore, they are not entitled to participate in the election. Similarly, members of the Legislative Councils are also not electors for the Presidential election.

Article 55 (3) of the Constitution provides that the election shall be held in accordance with the system of proportional representation by means of the single transferable vote and the voting at such election shall be by secret ballot. In this system, the elector has to mark preferences against the names of the candidates.

Preference has to be marked in figures only and shall not be indicated in words. The elector can mark as many preferences as the number of candidates. While the marking of the first preference is compulsory for the ballot paper to be valid, other preferences are optional. For marking the vote, the Commission will supply particular pens.