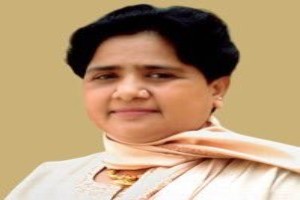 Jaipur: It looks to be a free-for-all slugfest with the Ashok Gehlot-led Congress government pitching for an early convening of the Assembly by July 31 amidst political outcries from Bahujan Samaj Party Chief Mayawati and BJP MLAs who seek to petition the Courts. As conflicting moves that threaten the floor test are arising out of change in political affiliations, for once discussion about Pilot’s rebel camp has taken a back seat.

Following Governor Kalraj Mishra communicating to Gehlot that he had no reservations about granting permission for an assembly session barring the fact that there should be a fair time of 21-day response period and arrangements made for social distancing, the Rajasthan Chief Minister sent a revised request to the Governor on Tuesday. The decision to send the revised proposal was taken at a Cabinet meeting which Gehlot held with the Rajasthan state ministers.

Pointing out that it was outside the ambit of the Governor for raising the concerns he had, Gehlot said, “Despite this, we have offered him an amicable response.” Gehlot also added that he did not want to employ a confrontationist approach with the Governor. However, when asked about the chances of the Governor rejecting his proposal, he responded, “That would become a clear call that there is no constitution in this country.”

Trouble started brewing from a hitherto unconnected quarters when BSP Chief Mayawati issued a whip to the six MLAs from her Party who had joined the Congress in the previous year, stating “They are required to vote against the Congress in the event of a floor test.”  She later clarified that the BSP had directed those MLAs who were elected to the assembly on the BSP symbol to vote against the Gehlot-led Congress Legislative Party in the event a floor test is taken out. She warned that if the MLAs did not heed the Party whip, they would  stand to lose the membership of her Party.

The issue is still lingering without a clear answer as the six MLAs who had joined the Congress earlier stated, “We have decided to join the Congress on our own free will,” the BSP supremo contended, “Ours is a national Party and the local unit of the Party cannot decide to merge or join with another Party of its own accord.”  Mayawati has threatened that in the event of non-compliance, she is determined to take the issue to the court and if required even counter with the merit of her argument in the Supreme Court.

Mayawati’s call on the whip prompted Congress General Secretary Priyanka Gandhi Vadra to cryptically state in her Hindi twitter handle, “Undeclared spokespersons of the BJP are granting a clean chit to those who have murdered democracy and the constitution.”

Meanwhile, the Party that is drawing flak for allegedly trying to topple a legally elected government has decided to use the litigation route with BJP leader Madan Dilawar filing a petition in the Rajasthan High Court against the six BSP MLAs’ decision to join the Congress camp. Dilawar’s contention was there cannot be a legal merger of MLAs in one particular state with another Party as the BSP enjoys the status of a national Party.