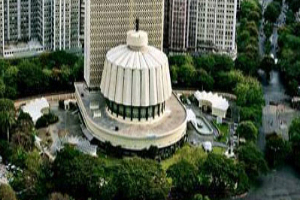 Mumbai: The Association for Democratic Reforms said in its report that between 2016 and 2020, 405 MLAs resigned from their own respective parties and ran for re-election, with about 200 of them accepting the Bharatiya Janata Party as their new party.

The report also states that the systems were widely used, which sounds ominous in a democratic setup. India has a total of 4128 Assembly members. Of these, 405 MLAs, or about 10 per cent, changed their respective political party in just four years, enabling the BJP to form its governments in five states – Karnataka, Madhya Pradesh, Goa, Arunachal Pradesh and Manipur.

Due to the revolt of Eknath Shinde of Shiv Sena in Maharashtra, this issue has come up again.

The Bharatiya Janata Party had made great efforts to retain Maharashtra in 2019 – a State that it had won in 2014. But in 2019, it could win only 105 of the 288 Assembly seats. At that time, the Shiv Sena chief Uddhav Thackeray, an ally of the BJP then, had demanded the post of Chief Minister for two and a half years. Uddhav could become the Chief Minister then, but not because of the BJP. It was with the support of Sharad Pawar’s Nationalist Congress Party and the Congress Party. He was to be at the helm not just for two and a half years but for a full five-year term with the support of NCP’s 54 MLAs and the Congress Party’s 44 MLAs. The BJP had to bite the dust in this unexpected turn of events. The Shiv Sena became the biggest enemy of the BJP!

This explains the present defection or rebellion within the Shiv Sena. This also answers the question that why the BJP targeted the Shiv Sena without targeting the Congress Party or the NCP. As far as Shinde is concerned, it may be pointed out that in Maharashtra, the BJP needs the support of additional 40 MLAs to capture power in the state. But it realized the task to be extremely difficult if not impossible. It targeted Eknath Shinde! Like late Anand Dighe, Eknath Shinde was not in Matoshri‘s ‘Good Books’. When Devendra Fadnavis of the BJP was the Chief Minister, Uddhav Thackeray had nominated Subhash Desai for the post of Deputy Chief Minister. At that time, Eknath Shinde had stormed into Matoshri (Uddhav’s residence) with his supportive MLAs. Obviously, the BJP was looking for such disgruntled leaders, and apparently, it was only a matter of time before Shinde became a willing accomplice!

*The writer is a Mumbai-based senior journalist. The views are his own.