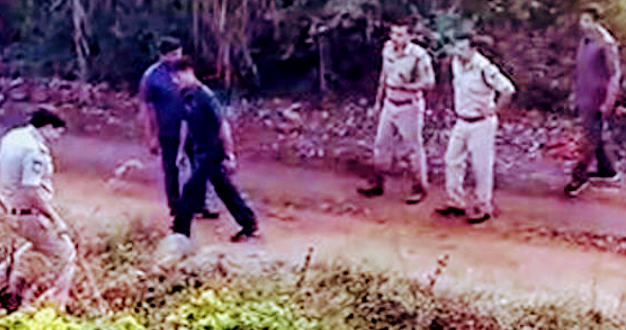 Whither judicial norms? Hail police incompetency? Some points to ponder over the Hyderabad encounter!

Following is the clipping (in two parts) of a newspaper report on how natives had celebrated the Bhagalpur blindings in 1979-80. I am thankful to a friend for sharing this. There is much similarity between this and the Hyderabad encounter. Like in Bhagalpur blindings, there is a surge in public support to Hyderabad encounter. This makes me worried. What does this mean?? Abolish courts of justice? Start killing without trial? Build up narratives to egg on public sentiments…And so on.

It is disturbing to see that public sentiments are now (and even in 1979-80 though localised then unlike this time when it is visibly widespread in the age of social media) in favour of kangaroo courts. Our criminal justice system is under severe pressure. Never before had it faced such a credibility crisis. Rape case convicts should not be spared. Some countries have laws to publicly lynch them too…Still it follows a legal course.

The incident in Hyderabad cannot be equated with that. Here the “alleged” culprits were not “convicts” but they were “suspects”. Mark these words within quotes. They are important. They were killed in an encounter by the police. Let’s accept that policing is a tough job…But only when the job is performed. In Hyderabad, the police failed miserably in performing the job. It failed to ensure safety of women on streets. It failed to prevent a rape to happen. It failed to pre-empt a murder. Worse, it failed to ensure against any possible escape of the rape accused from its custody.

This sounds preposterous that the police had not taken into account the possibility of any likely attempt by the “culprits” to escape. If not, then it should not be hailed for the killings, but be held guilty of flawed planning. Just imagine the rape suspects had the audacity to attack the well armed policemen and snatch their weapons!

Shouldn’t these policemen be sacked who can’t even protect their weapons? Remember there was no ambush. The “culprits” were very much in police custody and still they could snatch the weapons from the policemen! Now the police is taking credit of killing all the four in the encounter! Good that it could kill all the four and none could escape. But with them, also died all evidence of their involvement in the rape. Were they the real rapists? Many in social media have raised the issue of fake encounters. Was this a fake encounter to save skins of someone high and mighty?

I earnestly wish to believe that this was a true encounter and that the suspects were the real culprits (rapists). Still the way the case ended leaves a permanent scar on the professional skills of our police. Even worse, the jubilation in public puts a serious question mark on the efficiency of our judiciary. More so when people have started drawing parallels between Hyderabad encounter and the Nirbhaya case where the convicts are not yet hanged despite the sentence!

I only hope that we are not moving towards anarchy. The Hyderabad case is a serious revelation. It is like a canker and better treat it like a canker before it infects the bark.

*The writer is a New Delhi based senior journalist

1 thought on “Why Hyderabad encounter is reminiscent of Bhagalpur blindings?”