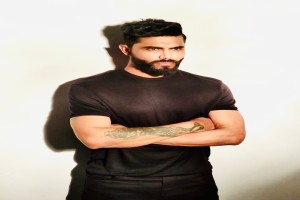 Rajkot: Strangely enough, the Rajkot police is learnt to have worked overtime to remove all the evidences in the case against national cricketer Ravindra Jadeja and his wife Rivaba who were allegedly “ill-treated” by a lady head police constable for not wearing masks in the public.

The incident was of Monday night when Jadeja with his wife sitting besides him went out on a drive in Rajkot, which the cricketer, who hails from neighbouring Jamnagar, has currently made his home town. A noted all-rounder in the Indian national cricket team, Jadeja and his wife reportedly felt “offended” when the lady head constable Sonal Gosai could not off-hand recognize them.

It was around 9 P.M. when Jadeja self-driving the car was stopped at Kisanpura Chowk in the city by Gosai for not wearing mask. Rivaba too was also reportedly not wearing the mask which has been made compulsory by the Gujarat government if two persons, even if from the same family, are travelling together in a car, and in default pay penalty of Rs 500 (enhanced to Rs 1,000 from Tuesday) per person.

The lady constable demanded the couple to pay penalty but Rivaba reportedly got enraged because she had to announce the identity of Jadeja to expect exemption as a VVIP and that the lady constable failed to instantly recognize her internationally-famed husband.

Some heated exchanges followed during which the lady constable reportedly demanded Jadeja’s license to seize. An angry Jadeja called up some senior police officers who rushed to the spot and tried to settle the matter amicably. A senior police officer said both Rivaba and Sonal had complained of misbehavior against each other but neither side had lodged any formal complaint. The police officer claimed that his information was that Jadeja was wearing the mask but not sure if his wife too was.

The altercations between the two women had attracted a number of passers-by, some of whom could recognize the celebrity cricketer, and started taking videos or voice recorders of the incident. But as soon as the senior police officers arrived and the issue was “settled” allowing the celebrity couple to go scot free, the police collected all the videos and voice recorders of the people around and deleted each of them. Not only that, the police also moved round all the shops in the vicinity and collected the CCTV camera footages which could have recorded the incident to abolish all the available evidences.

The police also did not take any action against the “offending” lady constable lest the case may erupt into a major controversy and intended to end the matter as “never happened.” Sonal, however, got herself admitted a local hospital late night complaining of “excessive stress.” But the issue raised questions among the public as to why the celebrities and VVIPs are allowed to go unpunished for violation of laws when the ordinary citizens are penalized heavily for the same offence.