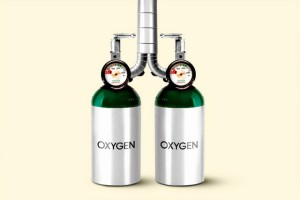 Geneva: The World Health Organisation (WHO) stated on Wednesday that  it expected  coronavirus cases to reach a total of 10 million “within the next week”.

“This is a sober reminder that even as we continue research into vaccines and therapeutics, we have an urgent responsibility to do everything we can with the tools we have now to suppress transmission and save lives,” WHO Director General Dr Tedros Adhanom Ghebreyesus told mediapersons here. The Director General said one of the most effective ways of saving lives was providing oxygen to patients who needed it but at the current rate of about 1 million new cases a week, WHO estimated that the world needed about 620,000 cubic meters of oxygen a day, which was about 88,000 large cylinders.

“Several news reports published today have highlighted the vital role of oxygen in treating patients with severe and critical COVID-19,” he said and added that this had been an area of intense focus for WHO since the beginning of the pandemic. “Patients with severe and critical COVID-19 cannot get enough oxygen into their blood by breathing normally. They need higher concentrations of oxygen and support to get it into their lungs. Left untreated, severe COVID-19 deprives cells and organs of the oxygen they need, which ultimately leads to organ failure and death,” he said.

While pointing out that medical oxygen is produced using oxygen concentrators, which extract and purify oxygen from the air, 80 percent of its market was owned by just a few companies, and demand was currently outstripping supply.

In addition, WHO had bought 9800 pulse oximeters, a simple device used to monitor oxygen in a patient’s blood, which were being prepared for shipment.

The Director General said another challenge was that many patients with critical disease needed a higher flow rate of oxygen than was produced by most commercially available concentrators.

“To address this challenge, WHO is supporting several countries to buy equipment that will enable them to generate their own concentrated oxygen in larger amounts. This is a sustainable solution for COVID-19 and beyond, but requires technical expertise for maintenance,” he said.

Meanwhile, as some countries had started to reopen their societies and economies, Ghebreyesus said questions about how to hold gatherings of large numbers of people safely had become increasingly important. Referring to the decision of Saudi Arabia that this year’s Hajj will proceed with a limited number of pilgrims of different nationalities who live within the Kingdom, he said, “WHO supports this decision…This is another example of the hard choices that all countries must make to put health first”.