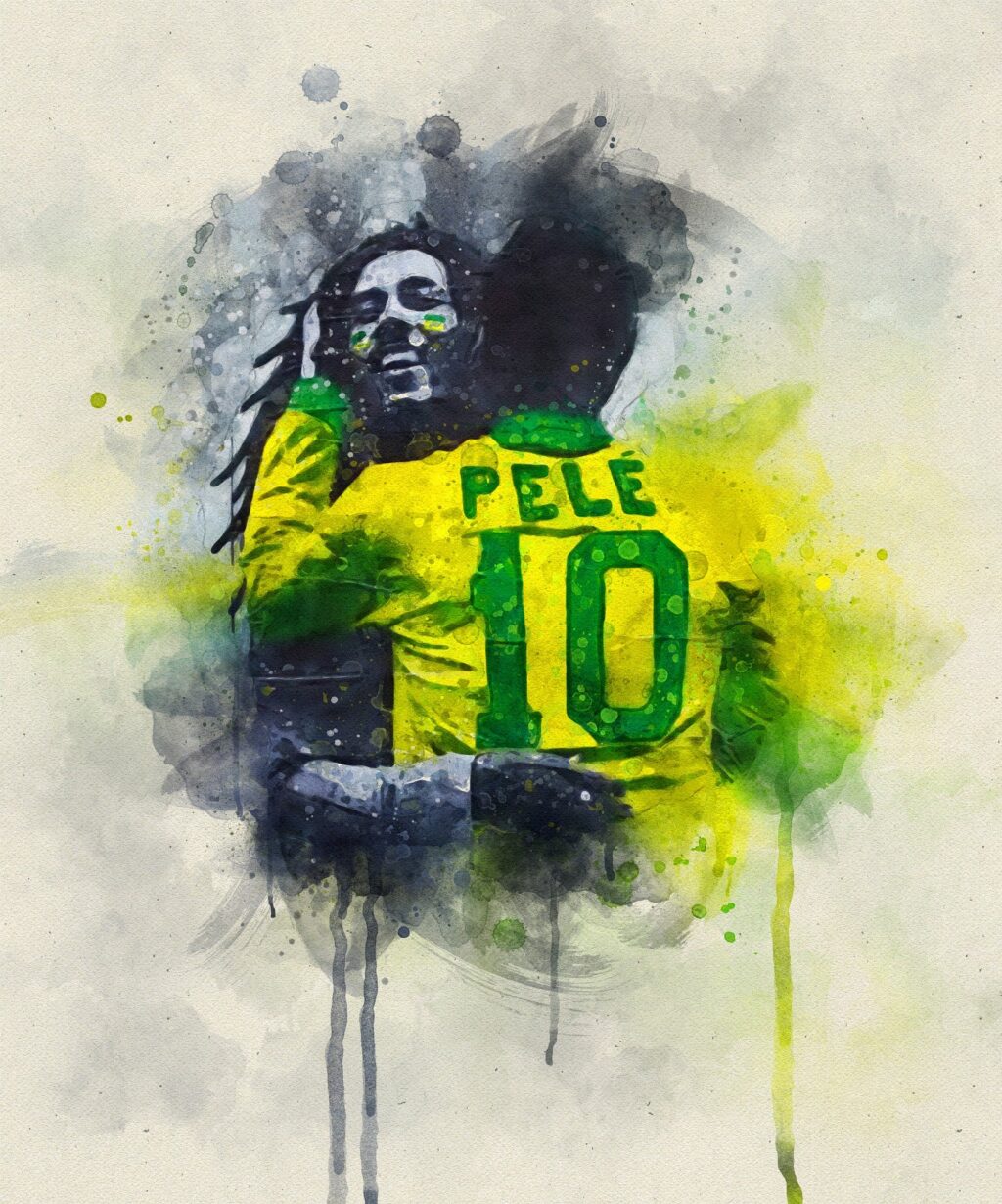 Soccer lost its greatest player Pele and the news of his death was broken by his daughter on Instagram on Thursday, December 29, 2022. With his death comes an end to an era when the genius of Edson Arantes do Nascimento made him earn the nickname Pele – the ‘Miracle’! The sublimely skilled magician of football had risen from barefoot poverty to mesmerise the world with his mastery, and had no idea what Pele meant.

Now that the magician of soccer is no more, he leaves behind a legacy for humanity to cherish for all time.

Indeed the moments of reckoning of one’s life, when one passes through the memory lane and, that too, the one such historic occasion which had seized Kolkata, the then Calcutta, in its feverish grip, was, arguably though, the tryst of the city of joy with destiny; in fact, the sun perhaps had never shone as brilliantly, in its unique resplendence, on that day when the magician of football was supposed to consecrate Eden Gardens, better known as the hub of Cricket, yet had earned its own spectacular distinction: it had the privilege of showcasing the world’s greatest footballer of the twentieth century.

Walking down memory lane, I must have been reading in class three when Pele landed in Calcutta to play against Mohan Bagan. He, in fact, represented Cosmos, a soccer club, which boasted of such greats as Franz Beckenbauer, the fewest of few who contributed to the victory of Germany –both as a player as well as its coach — unfortunately missing out on that match due to injury.

In those days, few households would possess a television set in Calcutta, and I recall vividly, how I went to see the match, accompanied by one of my classmates who too chipped in to watch that match. I remember how the entire city had gone into the feast of frenzy, with the sheer excitement of beholding Pele play in Eden Garden; someone like a living God, appearing to bless the multitude with his physical appearance. The excitement reached a crescendo when Pele landed on the ground, limbering up. My friend Chandra Shekhar, perhaps far more agile and awakened than me, went crazy, chanting Pele, Pele, as the legendary footballer took to the ground.

As the match began, Cosmos scored the first goal in the 17th minute of the game by Carlos, which was equalled by Shyam Thapa of Mohan Bagan. In the second half, Akbar, assisted by his brother Habib, scored the second goal, and it appeared that Mohan Bagan would win the match, but for a controversial penalty given in the favour of Cosmos where the goal kick could not be saved by the goalkeeper Biswajit Das. Indeed P.K. Banerjee’s Mohan Bagan, which could have won, was content to draw with Cosmos. Unequivocally, the scale and magnitude of fever that Calcutta had witnessed in 1977, continues to remain unmatched to date. Pele, though, was not his usual self in the game because of the injury scare as media reports suggested after the match.

Pele, the youngest footballer, at the bare age of 17, was credited with have contributed to the victory of Brazil in the World Cup 1958 against Sweden, trumping the latter by 5-2. He became a sensation for the world, with Brazil winning three World Cup soccer under his overwhelming charm of spectacular dribbling skills. Moreover, like Major Dhyanchand of Hockey and Sir Donald Bradman of Cricket, Pele became the soccer legend for all time to come. He even became a minister of sports in Brazil where his stature was nothing less than the God of football. Incidentally, rising from acute impoverishment into that a legend whose unparalleled skills could seldom be matched remains a saga of the folklore. Especially when he was targeted by opponents, with hordes of players marking him, he dared to defy the defenders and scored goals, continuing to inspire footballers across the world.

Decades later, Diego Maradona, another soccer legend, scripted glory for his country Argentina. Interestingly, the meteoric rise of Diego, especially his controversial goal against England in 1986, which he dubbed as the ‘ hand of god’, and his later contribution to Argentina’s victory in two world cups –1986 and 1990, and losing in the final against Germany in 1994, fuelled a debate over whether he was a greater player than Pele. The debate culminated with a poll conducted by the BBC, where the journalists voted in favour of Diego, whereas the common people voted for Pele as the greatest footballer of the century.

With Diego Maradona already gone, Pele, the legend to bid goodbye to the world, is the vindication of how the mortal world takes even the giants among men in its deadly clutch. However, both were the players who  set the precedents for posterity to adore and follow their glorious footstep. Indeed the legendary Pele had left his footprints, not only as the greatest soccer players ever, but as the one who scripted his success story rising from the bottom of the social pyramid. May his soul rest eternally in peace.