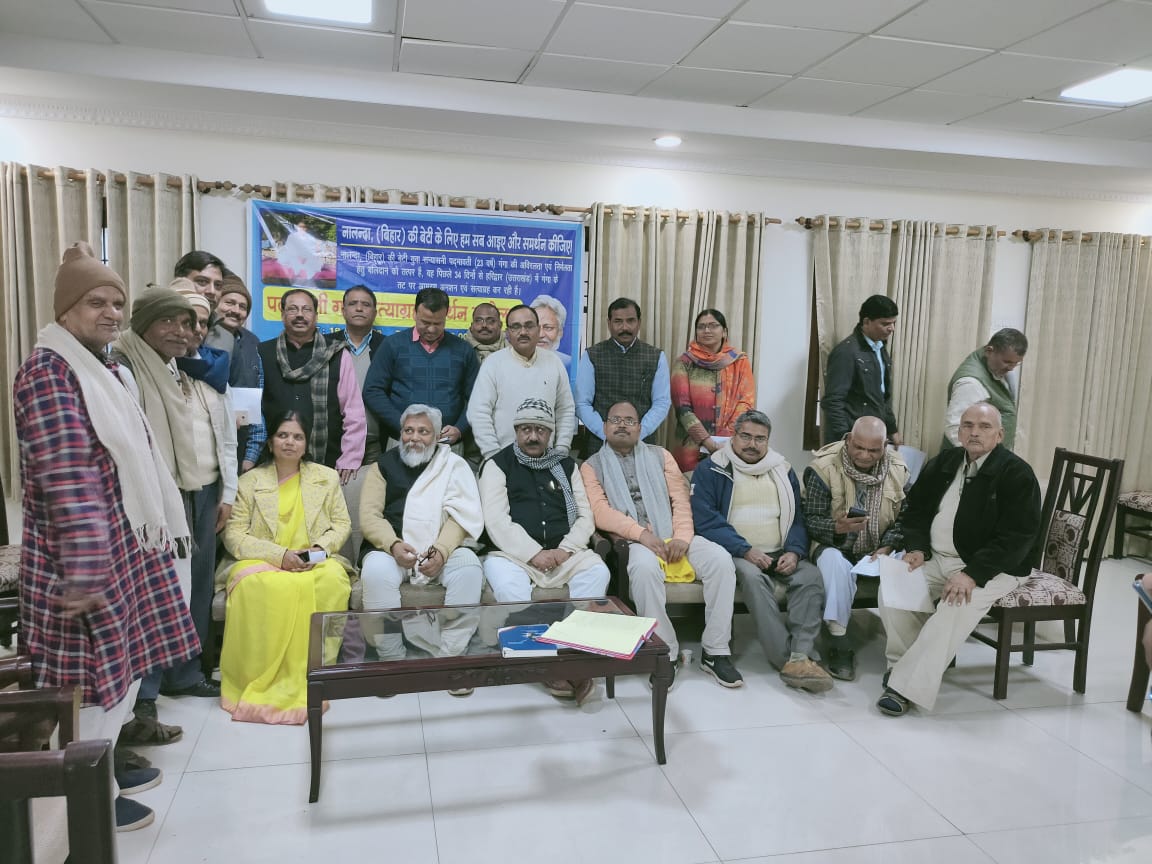 Patna: Magsaysay and Stockholm Water Prize winner Dr. Rajendra Singh, known as Waterman of India,  met Bihar Chief Minister Nitish Kumar here on Sunday and urged him to save the life of Brahmacharini Padmavati who is on an indefinite fast for over a month in Haridwar. She has six demands to ensure incessant flow of river Ganga and to make the holy river pollution free. She is sitting on  fast at Matri Sadan in Haridwar where eminent river scientist Professor GD Agarwal too had fasted for 111 days to press for his demand for a separate legislation for Ganga.  However, his demand was not met by the Union government and he laid down his life a little over a year ago. Padmavati says she is inspired by the sacrifice of Professor Agarwal.

Also read: Will the government listen to Padmavati’s demands for the cause of Ganga?

23-year-old Padmavati whose original name is Sania hails from Malawan village of Sarmera subdivision in Nalanda district. Her father Santh Prasad is a school headmaster while her mother is a housewife. Among their seven children including five daughters, she is  third eldest.

Dr.Singh also visited Nalanda on Sunday. Later he told globalbihari.com that the chief minister had assured him all help that could save the life of Padmavati.