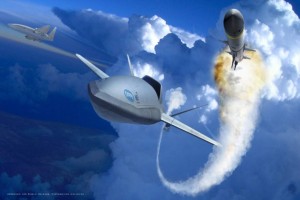 Geneva/Kabul/Guwahati: Was prominent Afghan journalist, Mohammad Fahim Dashty, who fell prey to clashes erupted between the Taliban fighters and the national resistance force in Panshir valley on 5 September 2021, targeted by Pakistani air-force drones?

Associated with Kabul Weekly newspaper, Fahim was lately working as a spokesperson for Ahmad Massoud led National Resistance Front of Afghanistan. The anti-Taliban front officials claimed that Fahim was targeted by the Pakistani air-force drones at Anaba locality in Panshir valley. As the Taliban militants invaded Afghanistan, he joined the resistance force, popularly known as Northern Alliance.

Besides pursuing professional journalism, Fahim was also associated with Federation of Afghan Journalists and Afghanistan National Journalists Union. Born into a progressive family at Dashtak village under Anaba district in 1972, Fahim graduated from Istiqlal high school and studied law and political science at Kabul university.

“Fahim Dashty becomes the tenth journalist killed in Afghanistan since January 2021 turning the south-Asian nation the most dangerous place for working journalists. The PEC is gravely concerned about the wellbeing of local journalists as well as journalists reporting for international media outlets,” said Blaise Lempen, general secretary of PEC.

PEC has called on Afghanistan’s new authorities to ensure the safety of journalists and to respect press freedom, stated Lempen adding that the global organisation was very concerned by the rapidly changing socio-political situation in Afghanistan for some years. He added that over the past 20 years, independent media proliferated in the trouble-torn country.

As the Taliban gains power almost across Afghanistan, the journalists are coming under increasing attacks. Those who defy the Taliban face threats, pressure, kidnapping and murder. Female journalists are at greater risk due to their public roles and all of them are now banned from presenting news in television channels, asserted Lempen.