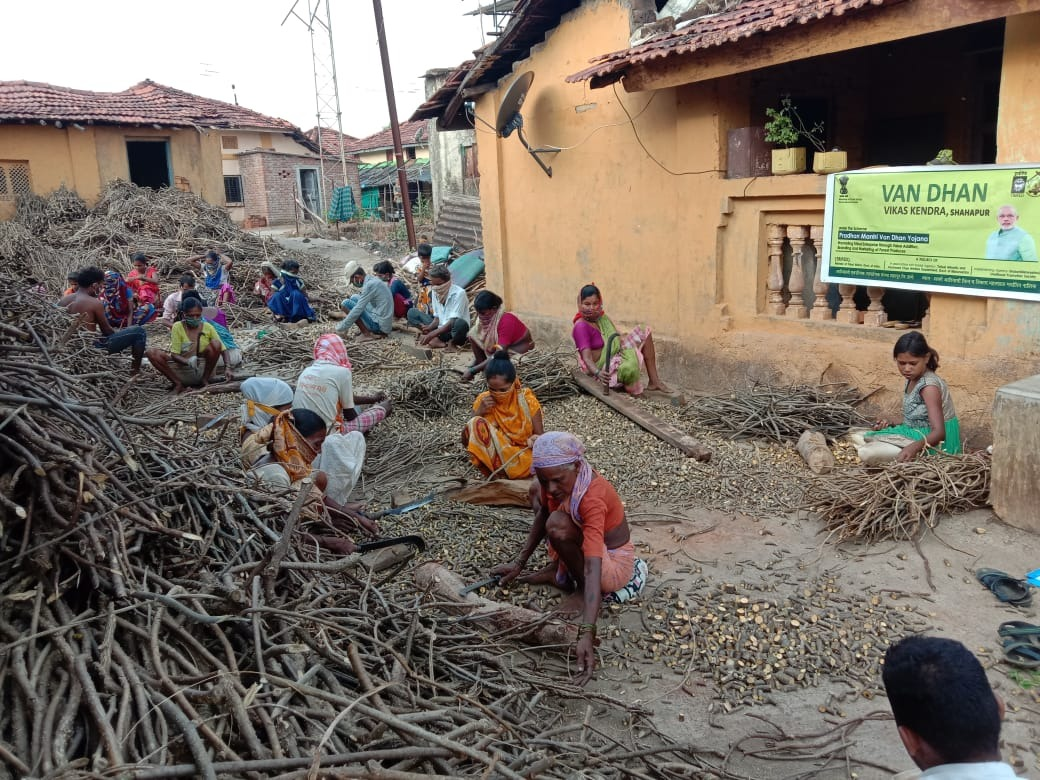 Mumbai: What can come out of a group of a few dedicated boys led by an able leader and enabling support from government organisations? A lot, apparently. This has been proved yet again, by “Adivasi Ekatmik Samajik Sanstha” of Shahapur in Thane, which markets giloy and other products. Giloy is a medicinal plant with huge demand from pharmaceutical companies.

The journey started when Sunil Pawar, a youth from Katkari (कातकरी) community, and his team of 10 -12 friends started facilitating various works of Katkari tribals at revenue offices in his native place. Katkari is one of the 75 Particularly Vulnerable Tribal Groups, as per the classification by Ministry of Home Affairs.

There are certain tribal communities who use a pre-agricultural level of technology, face stagnant or declining population growth, and are equipped with only an extremely low level of literacy and a subsistence level of economy. 75 such groups of tribals in 18 States and one Union Territory have been identified and categorized as Particularly Vulnerable Tribal Groups (PVTGs).[the_ad_placement id=”content-placement-after-3rd-paragraph”] Sunil Pawar, a young lad and his friends started this enterprise of selling giloy in local markets. A good samaritan in the form of Arun Pansare saw their efforts and offered them a place to start their office. Once they started working from an office situated near the market area, more tribals came to know about it and started joining them.

Sunil approached them for help which he readily received and soon the demand for giloy picked up. Called Guduchi (गुडूची) in Ayurveda, giloy is used in medicines which treat various kinds of fever (viral fever, malaria, etc.) as well as diabetes. It is used in extract form, powder form or cream.

“Not confining ourselves to local market and pharma companies, we plan to take giloy to far away markets with the help of big retail chains like D-Mart. We have created a website too. Online sale is happening through it during lockdown period. Government is forthcoming in issuing passes to us so that produce can be transported and sold without hindrance”, Pawar said.

Efforts were made by Adivasi Ekatmik Samajik Sanstha, Shahapur co-ordinated by Sunil to not only expand the market for the produce but also to diversify into other forest products. They have started collecting and selling the 7 types of  Samidha (sacrificial offerings made mostly of wood) which are offered in the holy fire during the performance of Puja.

“Shabri Adivasi Vitta Vikas Mahamandal plans to train these SHGs in establishing backward and forward linkages for their produce. In backward linkages, we will train tribals about how to pick giloy without affecting its long-term availability, this way it will be available for a longer period and they will also be taught about plantation of the same. In forward linkages, we will train them to process the giloy into making different products which will fetch better price for them,” said Nitin Patil, Managing Director of the Shabari Adivasi Vitta Mahamandal under Government of Maharashtra.