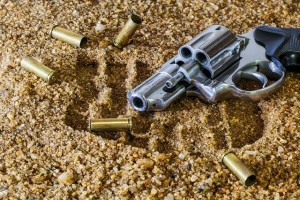 Can Vikas Dubey’s extra-judicial killing be justified? Certainly not.

But so cannot the delay in the criminal justice system. So cannot our own apathy towards judicial and police reforms.

It took eight years to get Nirbhaya’s rapists hanged. This, despite the case being fast-tracked. In the Jessica Lal case, the cops and the court had to be prodded with the mocking headline, ‘No one killed Jessica’.

Dubey himself had been acquitted after killing a minister in a police station.

In 2001, he chased Santosh Shukla, a junior minister in the Rajnath Singh government in Uttar Pradesh, and shot him dead in front of a two dozen policemen. He was not convicted as none of the cops stood witness; those who did, later turned hostile.

Look at the number of gangsters who run their empires of crime from jail. The plot has been enshrined in Bollywood, eg. the Ajay Devgun-starrer Apharan. Dawood Ibrahim ruled the Mumbai underworld for two decades from Dubai. His friend-turned-foe Chhota Rajan operated from Bangkok till he was arrested and deported to India. Another Mumbai gangster Arun Gawli was an MLA from the Maximum City.

Look at the number of law-breakers who are now law-makers. According to the Association of Democratic Reforms (ADR), almost half of the present Lok Sabha members have criminal charges against them, a 26 per cent increase as compared to 2014. Nearly 29 per cent of the cases are related to serious offences such as rape, murder, attempt to murder, etc.

Finally, look at the Vikas Dubey encounter as a matter of honour for the police force. Never before had eight armed policemen been killed in an  ambush by a gangster. Not even Dawood dared do this. Every policeman in India was seething.

Vikas Dubey could have been kept alive and grilled. But it is not as if all information about the politician-criminal nexus has evaporated with his death. It can be got from the dozens of  `bahubalis’ who are far bigger than Vikas Dubey…and there are many of them but there is no need to reintroduce them as much has already been written about them.

In any case it is all there in the Vohra committee report. After the serial blasts of Mumbai in 1993, a committee under union home secretary N N Vohra studied the criminalisation of politics and observed that criminal networks were virtually running a parallel government. It spoke of gangs which enjoyed political patronage and the protection of government functionaries, so much so that in some cases political leaders had become the leaders of gangs.

The unpublished annexures to the Vohra Committee report were believed to contain highly explosive material. In 1997, the Supreme Court recommended the appointment of a high level committee to ensure in-depth investigation into the findings of the Vohra Committee and to secure prosecution of those involved. It is anyone’s guess what happed to that initiative.

With political expediency overriding ethical concerns, one cannot expect political parties to usher in electoral reforms, judicial reforms and police reforms. Civil society has to push for it. Yet, how many organisations do it, how much space do these issues get in the media? When was the last time a national newspaper carried a campaign for the implementation of the 2006 Supreme Court guidelines on police reforms in letter and spirit? Even the CBI remains the Caged Bird of India.

The judiciary hasn’t covered itself with glory either. It remains opaque, and is unwilling to codify the Contempt of Court Act, despite suggestions by many legal luminaries themselves and which gives it sweeping powers. Why, it is unwilling to even let go of its colonial privilege of summer and winter holidays. As for probity, it was not long ago that a former union law minister openly said that eight of sixteen former Chief Justices of India were corrupt. So, where does that leave judicial reforms?

With this being the state of affairs, an exception can be made in the Vikas Dubey case. His extra-judicial killing cannot be justified but it can surely be condoned. So let’s end the hypocrisy over Vikas Dubey’s killing.

*Anil Singh is a  Mumbai-based senior journalist. The views published here are his own.

4 thoughts on “Vikas Dubey encounter: A matter of honour for the police force?”