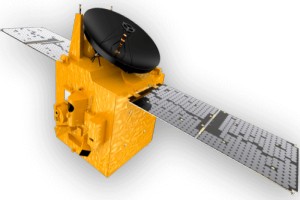 Tokyo:  United Arab Emirate’s  Mars mission, “Hope” (Al-Aman) – – the Arab world’s first satellite to the Red Planet – was launched as the Japanese rocket carrying it lifted off from the Tanegashima Space Centre in southern Japan at 6:58 am local time on Monday(03.28 am IST Monday).

Almost an hour later, a live feed showed people applauding in the Japanese control room as the probe successfully detached.The journey to Mars is expected to take over nine months and when it reaches the red planet`s orbit in 2021, that would mark the year of the 50th anniversary of the UAE’s founding as a nation.

“The launch vehicle trajectory was executed as planned and separation of the Hope spacecraft was confirmed,” rocket manufacturer Mitsubishi Heavy Industries stated.

Yousuf Hamad AlShaibani, director of the UAE’s Mohammed bin Rashid Space Centre, at a post-launch press conference said, “This mission is an important milestone for the UAE and the region.” said  here.

The objectives of the the mission are to:

It may be mentioned that in  2014, the President of the United Arab Emirates, Sheikh Khalifa bin Zayed Al Nahyan, had announced plans to send a satellite to Mars in 2020.