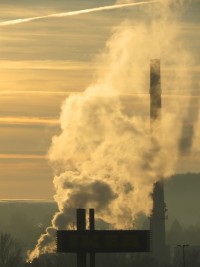 Visakhapatnam: On Tuesday morning, two people were killed and four others became ill due to leakage of benzene gas at a pharmaceutical company in Parwada area of Visakhapatnam last night. This is the third gas leak in Andhra Pradesh in the last 2 months resulting in deaths.

Sainor Life Sciences had 30–35 people working inside Pharma City in Parvada when the gas leak occurred near a reactor. At that time six people were working near it. Out of them, two died on the spot while the other 4 were admitted to RK Hospital in Visakhapatnam with difficulty in breathing. Their treatment is underway there. One of them is reported to be in critical condition, while three others are out of danger.

Visakhapatnam Police Commissioner RK Meena said that “the condition of one of the affected people is critical, the leak did not spread outside the spot but investigation is on.”

Andhra Pradesh Chief Minister YS Jagan Mohan Reddy, taking information about the situation from District Collector Vinay Chand, said that as a precaution, the factory was directed to shut down immediately.

National President of Telugu Desam Party and former Chief Minister N. Chandrababu Naidu expressed condolences to the family of the deceased and demanded that the state government provide the best medical care to those injured in the incident.

In Andhra Pradesh two days ago, an ammonia gas leak incident was reported at SPY Agro Industries in Kurnool district in which at least one worker was killed and the other three were hospitalized, while a leak of styrene vapor from the LG Polymer factory on May 7  had killed 11 people while over a thousand persons were left sick in the accident.