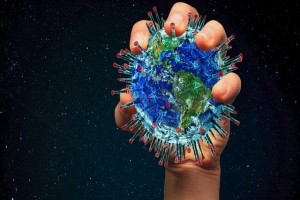 By Khushboo and Lata Baisoya

New Delhi: For the last one year, 81-year-old Rajendra Prasad Singh, an engineer with Public Works Department of the Government of Bihar who retired as Superintendent Engineer in 1999, had been staying with his son-in-law in New Delhi, undergoing treatment of his various illnesses.

Singh had worked for some time after retirement as freelance advisor in various engineering related matters but for the past 7-8 years he had been leading a completely retired life.  His daily routine would involve a small walk in the morning around nine and sometimes in the evening too. The day was spent taking rest, watching tv, talking to people and doing some meditation.

The routine of his wife, Sneh Prabha, a housewife, had been somewhat similar, except for her walks being more regular and longer. She would watch more TV and would talk longer over phone besides doing some household chores and cooking.

During the second fortnight of May, because of dementia he could not even realize that his wife had started having fever. The old lady had fever but had shown no other symptoms such as breathlessness, that could alarm her family members. So, she continued to stay at home taking normal medicines for flu, some ayurvedic medicines as well vitamin supplements as immunity booster. After 5-6 days when her did not go away, her son-in-law Ajay Nandan, a senior officer in the Railways, took her to a hospital for COVID-19 test and to everybody’s horror, she was tested positive.

But this was just the beginning of the ordeal for the family because for past few days Singh had also been complaining of tiredness during his walks and was reluctant to go for his walks. Since he had a history of low hemoglobin due to ecstacia it was expected that the tiredness was due to low hemoglobin. So his blood test were done and the reports of the blood test came around the same time when the COVID test report of his wife came. It was only then that the family realized that his breathlessness and mild fever along with sore throat could be related to COVID.

Since his hemoglobin was already alarmingly low, he was immediate admitted to the hospital where along with blood transfusion, COVID test was also done and he too was test Corona positive.

For an old couple, and especially for Singh, who already had several health issues, this was the last the family could have wanted. Already he had had two Angioplasty surgeries – one in 2001 and another in 2010. He had had a heart attack too in 2010. As it was, his heart was very weak and some of his arteries were still blocked. Besides, he had also been a patient of C.O.P.D ( chronic obstructive pulmonary disease) and Interstitial Lung Disease for the past few years, and was also suffering from chronic kidney ailment, and dementia. Both COPD and ILD are degenerative diseases and incurable.

To contact Covid on top of these was a horrible experience not only for him but for the entire family. Being an 81-year-old old man itself is being considered a big disqualification for Covid victims. As it is, Center for Disease Control and Prevention (CDC) – one of the major operating components of the US Department of Health and Human Services — warns that among adults, the risk for severe illness from COVID-19 increases with age, with older adults at highest risk.

While Singh’s wife was quarantined at home only, he got admitted to the hospital on May 27 where he was immediately kept on oxygen support which continued for five days.

His case was very challenging for the doctors, recounts Ajay. Because of dementia, he never used to demand food because he never remembered whether he was hungry or not. He used to have a very little amount of food. It was a challenge forthe hospital staff to look after him.

After five days when his oxygen mask was removed, the doctors found much to their relief that he was now able to maintain his oxygen saturation level to 94 or above in normal course. This was like a miracle. He was further kept under observation for another 4-5 days for better recovery.

After that, he was discharged on June 6. But more was to unfold still. Ajay felt the need of getting himself tested too, since he had been in contact with the COVID patients. He had no symptoms but still he wanted to play it safe. And then he too got tested positive!But his was an asymptomatic case and all that he was told was to get home quarantined for fourteen days. Now that he completed that period, obviously the entire family would like to forget this traumatic experience as soon as possible. At the same time, they are also thankful to the Almighty and the medical team of the hospital particularly Dr. Bimal Kumar Singh, who was leading the team in the Covid Ward, and who is an alumnus of Patna Medical College Hospital. Not that the family could come out unscathed, but also offered hope to millions who now suffer from the dreaded disease, that they should not lose hope.

During the entire period, Singh’s daughter (Ajay’s wife), Navita and grandson Ashwin, followed strict isolation norms and avoided contact with the patients. It was not an easy task considering that everyone had to stay in the same house. Even food were served in disposable plates which were kept outside the patient’s rooms to be picked up.

As Ajay said about himself: “I was having positive mindset towards fighting against the Coronavirus with full spirit. Do not get stressed when you or your close family members are diagnosed Corona positive. Take it as a normal thing, don’t panic, just follow your doctor like holy grail.”