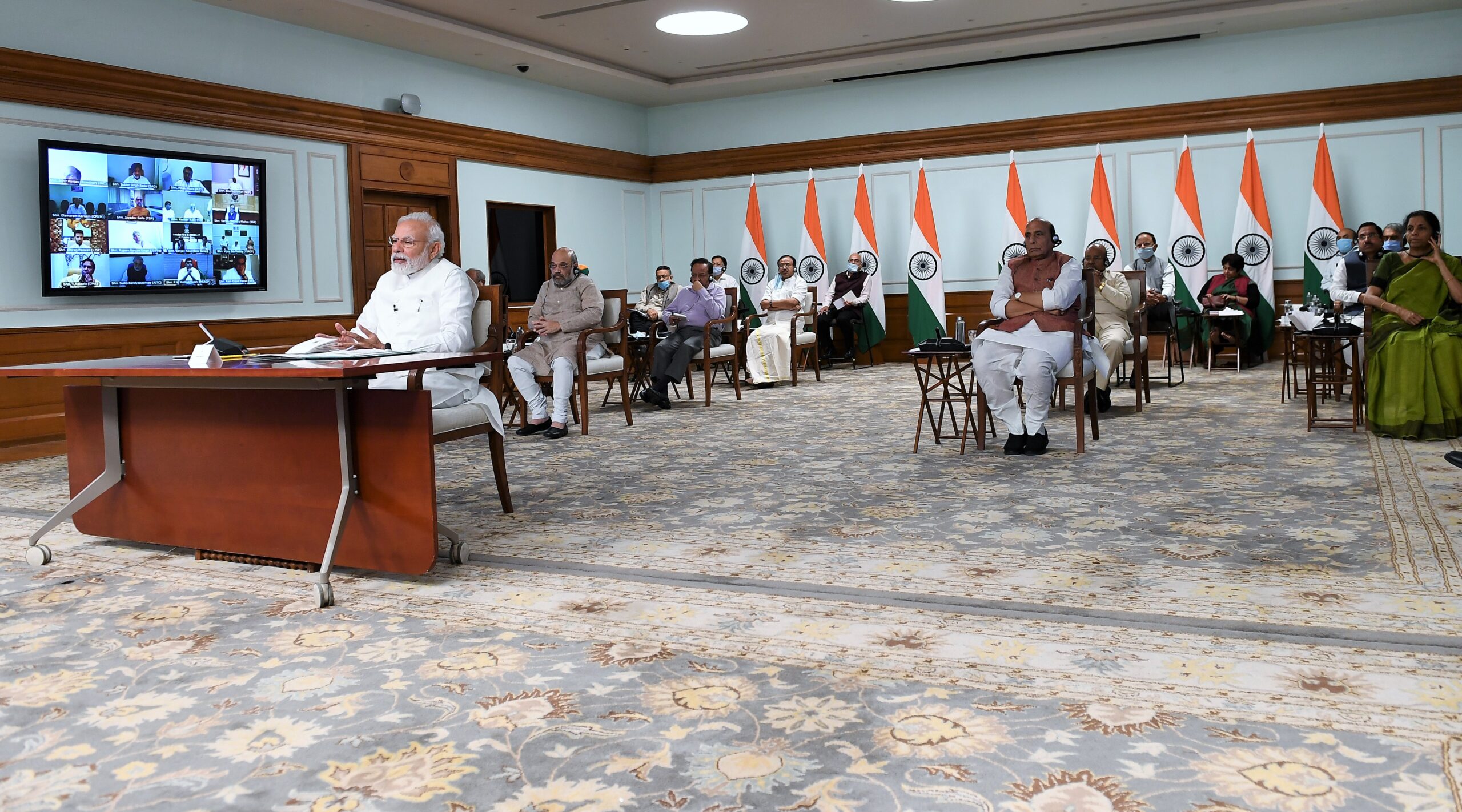 New Delhi: Prime Minister Narendra Modi on Wednesday said States, District administrations and Experts have suggested extension of Lockdown to contain spread of the virus. He said the present situation in the country was akin to a “social emergency which has necessitated tough decisions”.

Modi was interacting with floor leaders of political parties in Parliament, via video conference. He said  priority of the government was saving each and every life. “We must continue to remain vigilant,” he said.

The Prime Minister praised the efforts of state governments working together with the Centre in this fight against the pandemic. He noted that the country has witnessed constructive and positive politics through the coming together of all sections of polity to present a united front in this battle. He also praised the sense of belonging, discipline, dedication and commitment with which each and every citizen is contributing in this endeavour, be it in following social distancing, Janta Curfew or the Lockdown.

Prime Minister underlined the impact of the emerging situation, as witnessed in the resource constraints. Yet, India has been among the few nations to control the pace of spread of the virus till now. He also warned that the situation keeps changing continuously and one needs to maintain vigil at all times.

Prime Minister noted that in these changing circumstances, the country should simultaneously try to bring about a change in its work culture and working style. He said that the priority of the government is saving each and every life. He added that the country is facing serious economic challenges as a result of COVID-19, and the government is committed to overcoming them.

Top officials of the Government of India gave detailed presentations on steps being taken to meet the emerging challenges, including status of distribution of benefits under PM Garib Kalyan Yojana.

The leaders thanked the Prime Minister for the meeting, appreciated the timely measures taken by him and said that the entire country is standing united behind him during the crisis. They talked about boosting the health and morale of the healthcare workers, ramping up testing facilities, the need to assist smaller states and UTs and tackling the challenges of hunger and malnutrition. They also spoke about economic and other policy measures to boost the country’s capability in this battle against the pandemic. Suggestions were given by the leaders on extending the Lockdown and on a phased exit after Lockdown ends.

Prime Minister thanked the leaders for their constructive suggestions and feedback, adding that their commitment to assist the government in this battle reaffirms the democratic foundations of the country and the spirit of cooperative federalism.

Union Minister for Parliamentary Affairs, senior officials of Government of India and leaders of political parties from across the country participated in the interaction, a Press Information Bureau press note stated.