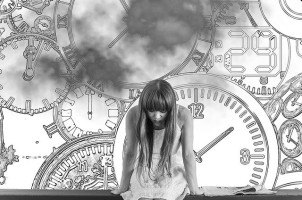 The whole world is looking at the depths to which media has fallen in the world’s largest democracy. It is no more impartial. The divide is clearly visible. Either it is on this side, or on that side! In both cases, not just its objectivity has gone for a toss, but more dangerously, its credibility has taken a beating like never before.

What casts an ominous shadow on Media is the growing distrust on the genuineness of any news.  No doubt that Press in India is a much maligned institution as of today. This is regrettable. The thin line that earlier used to divide journalism from activism is ominously eroding. Jargons such as ‘Godi Media’ have become fashionable, and this is unfathomable because such a scenario can never be desirous for the functioning of  a “free press” in a healthy democracy.

Such is the situation that the Congress Party in its election manifesto of the 2019 general elections devoted one full section on “Media and Freedom of the Media”.  Here the party pledged to amend the Press Council of India Act, 1978,  to strengthen the system of self-regulation, protect the freedom of journalists, uphold editorial independence and guard against government interference, and to empower the Press Council to deal with the menace of fake news and paid news, if it was elected to power. It went on to declare that it wanted to  formulate and enforce a “Code of Conduct on reporting… and to pass a law to curb monopolies in the media, cross-ownership of different segments of the media and control of the media by other business organisations”.

The Congress Party’s viewpoint on media aptly triggered a  debate on whether such remedial steps were really a genuine concern or a veiled attempt to further stifle the freedom of speech and expression.

But of late, did we really enjoy such freedom? Even the ruling Bharatiya Janata Party’s patriarch Lal Krishna Advani had once famously stated that  (sections of the media) “crawled when they were just asked to bend”!

This indeed is a sad commentary on the state of affairs in the fourth estate. A free and independent media is a prerequisite of any functional democracy. But we have seen that those in power seldom want this to happen. The Congress Party in its above mentioned manifesto had went to the extent of mentioning that “In recent times, sections of the media have abused or surrendered their freedom”.

But then, this has not been done overnight but very systematically. Consider Congress’s detractors reminding the grand old party of the Emergency days, when press’s powers were curtailed like never before in the history of independent India.

Of late, though, since mid-1990s, a concerted move had begun to make the journalists vulnerable.  That was the period when first journalists lost their permanent job and then, were compelled to go on contract by some leading newspapers’ management. Not to mention that the move had coincided with the introduction of the concept of paid news by one of these newspapers. Why this was done was easy to guess. Any person with job insecurity will first try to save his/her own job…A journalist can not be isolated from society! So fend for yourself first before defending others — the message was loud and clear!

Unlike the US Constitution where the provision for a free press is there, there is no such Constitutional provision in India. Does our Constitution provide the Right to ask questions? A journalist doesn’t enjoy any more freedom than a common citizen of this country as provided by Article 19 (1) and thereafter restricted by a few others. It was only in 2004 that during the regime of Congress-led United Progressive Alliance (UPA) government, for the first time Right to Information was introduced. But that was common for all citizens and a journalist had nothing extra than that. Even that Right is gradually being systematically diluted now.

The spirit of fraternity earlier used to offer some security to journalists as stories were followed up by peers. Once the journalists became vulnerable after being forced into contract, it became easier to dismantle their unions, which used to wield much power.  They were systematically broken and made faceless. Thereafter, more ominously the media houses got pitted against each other…So now no more follow-ups. The competing journalist was encouraged to play down the story broken by the rival publication. All stories, howsoever good, were now suspected with some ulterior motive, and hence branded as left, right or centre.

Obviously the fourth pillar of democracy is crumbling today. Its credibility is at stake. The question that arises is that whether it has become a victim of a conspiracy? This possibility may not be far-fetched. Today when the media industry is fast becoming oligopolistic and smaller media groups, once financially supported by the government for the sake of free flow of divergent opinions which are so important for a vibrant democracy, have been left to fend for themselves? Many have now closed their shops and a few have turned digital where they again struggle to survive against the bigger and established brands.  Shouldn’t Union and State governments consider a friendlier policy to support them? They are important because after all, imposing opinions of only a select few can never be good in a democracy.

I don’t wish but I think I should mention about the other three pillars of democracy– the Executives are blessed with executive powers, the Legislature with privilege powers, and the Judiciary with contempt powers. And they all draw their salaries from taxpayers’ money. Journalists don’t. We need to create a support system to make them watch-dogs instead of  ending up as lap-dogs. This is indeed high time for introspection.

* The writer is a senior journalist and an internationally acclaimed filmmaker.