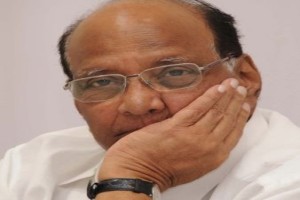 Mumbai: Two Central agencies are now in charge of the Sushant Singh Rajput abetment to suicide case. While the Enforcement Directorate (ED) is probing the financial angle, the CBI has registered a case on the basis of the FIR filed with the Patna police by Sushant’s father KK Singh.

The Patna police in their FIR invoked sections that covered abetment of suicide, wrongful restraint, wrongful confinement, theft from the house the accused was dwelling in, criminal intimidation, criminal conspiracy and cheating. The family in their statement summarized these as mental harassment and Sushant being isolated from his social support system.

The current status quo has drawn sharp reactions from senior politicians in Maharashtra. The Maratha strongman Sharad Pawar said, “The Mumbai police should have got their chance to crack it.” He also snubbed the voice of dissent rising from his grand-nephew Parth Pawar as “immature”. Earlier, Parth Pawar had expressed his support for a CBI probe to be conducted in the matter.

The Mumbai police on its part conveyed that more than 50 people were questioned to ascertain whether the actor was driven to desperation because of nepotism and internal politics of the Bollywood industry as alleged by some quarters.

While Sharad Pawar expressed his confidence and faith in the Maharashtra government’s ability to render a fair and impartial investigation into the case, he also added, “I am not objecting to any alternate agency appointed to probe the case.” The ruling Sena cadres accused Bihar Chief Minister Nitish Kumar of politicizing the issue ahead of the Bihar State assembly elections that is scheduled some time later this year.

The 79-year-old veteran further elaborated, saying, “He knew the Maharashtra and Mumbai police cadres for over half a century and had absolute faith in their capabilities. He however, refrained from making any allegations on the ground that the issue did not merit any importance.