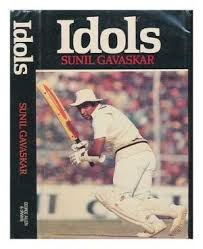 Down Memory Lane With Sunny Gavaskar Those were the good old days when sponsored radio programs on the home transistor used to be much awaited. It was in the mid-seventies. On Sunday afternoons, at 2 p.m. sharp, I used to switch on Vividh Bharati. The sponsored program I am referring to was hosted by the legendary Indian opener of the forties. You got it right. It was cricket with Vijay Merchant.

Merchant used to be full of praise for the opener of the seventies, Sunil Manohar Gavaskar. I remember an anecdote from his sponsored program that compared Gavaskar’s form with that of Don Bradman. Merchant narrated an incident about how the English press had covered Bradman’s performance in a test match. The headlines screamed that Bradman had failed. When the reader went into detail, he found that Bradman had scored 70 runs. It meant, anything short of a century was counted as a failure for the Great Don.

Merchant then came back to the current, stating Sunil Gavaskar has succeeded in creating a similar benchmark. Anything short of a century would be counted as a failure for Gavaskar. The claim was more than justified as by the time Sunny put his bat away, he had scored 36 test centuries.

I remember another veteran sports commentator Bobby Thaliyarkhan who heaped praise on Gavaskar for his outstanding performance in Pakistan. India and Pakistan had renewed cricketing ties and resumed playing test matches. Thaliyarkhan in his sponsored television show on Doordarshan, titled “On the field, Off the field” referred to Gavaskar’s performance in a test match in Pakistan where Gavaskar had scored centuries in both the innings. Despite this the Indian team had lost the match. On a lighter vein, he referred to protocol which was violated by the Pakistan television channel when it read Pakistan Vs India.

He pointed out that the correct protocol should read India vs Pakistan as it required the visiting team’s name to be mentioned first. He then concluded by stating, “As far as I am concerned, it should have read Gavaskar vs Pakistan.”

Gavaskar being no stranger to accolade was also the butt of humor from none other than the all- time greats of cricket Viv Richards. In the Chennai test match that occurred in the home series immediately after India had won the cricket World Cup, India had lost two wickets for nil.  Gavaskar had planned to drop himself down the order temporarily. When Sunny walked in at 0 for 2, Viv quipped, “No matter when you walk in, the score is nil.”

Sunny himself was good at cryptic British humor. Shortly after the quarter final match in 1995 World Cup when India defeated Pakistan, he referred to the subsequent quarter-final match that people would get to watch as “Water after Champagne.”

Yet again I would like to comeback to discussing Sunday afternoons. There used to be a television program christened Sunil Gavaskar Presents. Sunny recalled a match between England and Australia where England were seven wickets down in their second innings following on and trailing by over three hundred runs. All-rounder Ian Botham and the tail-end partners managed to cross the deficit and in a dramatic turn around of events, they led by some 149 runs. Team Australia got bowled out for some 113 runs.

Sunny always reminds me of the glorious uncertainties of cricket. His unbeaten 236 at Chepauk against the fearsome West Indies pace attack was the most memorable knock I would choose.