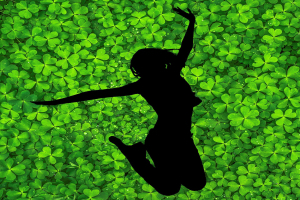 What is the real ‘svarūpa‘ of ‘ahaṁ‘?

In this manner, prasādabuddhi and yogabuddhi both become the instruments of controlling kāma (desire) and krodha (anger), to conquer them. Bhagavān gives three examples to explain how kāma covers the vivekabuddhi (discrimination power):

The way the fire with smoke, mirror with dust and embryo with placenta get covered up, vivekabuddhi is covered by kāma. (38)

Thus, kāma distorts our outlook. Bhagavān gives three examples here to explain the level of kāma. When the mind is under the control of tamo guna, there is a dense cover over the discrimination faculty of the mind for which the example of embryo and placenta was given. Superior to that state is when there is a predominance of rajo guna in the mind. An example of that is the mirror covered with dust. There is a need to remove the dust of vikṣepa (delusion) and karma, done with the attitude of svadharma, means karma yoga comes into play. Finally, the example of fire covered by smoke is the cover created by sattva guna. The only need there is to blow air with a fan. Discrimination between ātmā and anātmā is such an instrument by which subtle kāma is also removed and the seeker is liberated in every way by gaining ātmājñāna. Thus, freedom means freedom from kāma which has been discussed in the description of sthitaprajña (wise person). In the last three verses of this chapter, Bhagavān is teaching the discrimination between ātmā and anātmā:

(Because kāma causes delusion) Therefore, you renounce this sinful kāma that destroys jñāna and vijñāna by first controlling the senses. (41) Controlling the senses means directing the mind toward ātmā by renouncing all the activities and dwelling upon its svarūpa. How?

Bhagavān shows the differentiation of subtlety. Indriyas are more subtle than the gross body because the body can be known with the help of indriyas. Indriyas illuminate the body, they are subtler than the body and are pervading. Because the mind controls the indriyas, it is the controller of the indriyas and is the seer of the indriyas, mind is superior to the indriyas, it is subtler, pervading. Because intellect can control the impulses of the mind, the determinative intellect is subtler than the mind which comes up with volitions and options. Of all the upādhis (superimpositions) intellect is the subtlest element. The very first reflection of caitanya (consciousness) falls on the intellect only and the intellect, actually insentient, as though it becomes sentient. The sentiency from the intellect first comes in the mind, then in the indriyas and through the indriyas come into the body and therefore, the body becomes sentient. Because of this reason, body etc. are thought to be ātmā and all of their attributes are superimposed on ātmā. This is fundamental indiscrimination and to be free from it, here is the teaching of discriminating between ātmā and anātmā. It was also mentioned that indriyas, mind and intellect are all the dwellings of kāma and as long as they have the ātmābuddhi (self-awareness), one cannot be free from kāma. Therefore, by removing the ātmābuddhi from them, renouncing ahaṁbhāva (ego), the ahaṁbhāva should be installed onto ātmā which is the witness of all, subtlest of all and illuminator of all. That is the real svarūpa of ahaṁ. Ātmā is ever free, pūrṇa (complete), asaṅga (unattached) and therefore free from kāma, it is selfless. Whoever knows ātmā as ahaṁ, frees from kāma in every way.

O Arjun, you are mahābāhu (with long arms), brave, your bravery is necessary to conquer the enemy in the form of kāma. Real bravery is in conquering this enemy. Therefore, by doing discrimination of ātmā and anātmā, discrimination of drag (seer) and draśya (seen), you remove the ahaṁbhāva from the superimposition you have in the form of the body, senses, mind and intellect. By removal of that, the root cause of kāma will be destroyed and you will be able to conquer the unbeatable enemy in the form of kāma.

*Swami Viditātmānand Saraswati has been teaching Vedānta Prasthānatrayī and Prakaraṇagranthas for the last 40 years in Ahmedabad, Gujarat. Throughout the year, he conducts daily Vedānta discourses, accompanied by retreats, and Jñāna Yajñas on Vedānta in different cities in India and in foreign countries.

1 thought on “Spiritual Discourses: Whoever knows ātmā as ahaṁ, frees from kāma in every way”