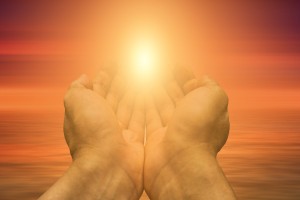 How do I know there is ignorance in me?

Desires are the manifestation of ignorance. The ignorance of ānandasvarūpa (nature of happiness) ātmā produces the desires of viṣaya (objects) which are as though promising to give happiness. Therefore, in the beginning of describing the characteristics of a sthitaprajña (wise person), Bhagavāna says: प्रजहाति यदा कामान्– when he is freed from all the desires. Ignorance is the cause and desire is the effect. Therefore, as long as there is ignorance, there are desires, when ignorance is removed, the desires completely go away. As long as the feeling of inadequacy that is born out of ignorance is there, desires will also remain in the mind.

Where are these immortality, knowledge and happiness?

Upanishads say that immortality, knowledge and happiness are the nature of ātmā. I am mortal, I am ignorant, I am unhappy, these notions have been born from the ignorance of ātmā. By the knowledge of ātmā, all these notions go away. Therefore, Bhagavāna says that a sthitaprajña who abides in the knowledge of ātmā is freed from all desires. When Bhagavāna says that “when he renounces all the desires”, it means that “when he renounces ignorance” because as long as there is ignorance, the desires in one or the other form will certainly remain for removing the notion of incompleteness. Behind all the desires, this common desire always remains, the desire to be complete. This desire cannot be fulfilled by any effort because no object in the world can give completeness to a human. All the objects and achievements of the world are limited. Because they themselves are not complete, they can not bring me completeness. If such discrimination is developed towards material objects and achievements, then only renunciation will arise and then only ātmājñāna will arise by the śravaṇa, manana etc. of śāstras.

Jñānī is free from all desires because he knows himself as the nature of immortality, knowledge and happiness, meaning, the nature of sat-cit-ānanda. Sat means the one who is beyond death. Cit means the one that illuminates all the knowledge. Ānanda means the one which lacks even a little bit of unhappiness. By knowing such svarūpa (nature) of ātmā, there is no delusion of incompleteness or dissatisfaction and therefore, there is no desire to remove them. It is not that sthitaprajña renounces desires. The desires do not arise in him. Desires arise on their own and therefore, no one can leave desires by themselves. However, with discriminative knowledge, one can be free from desires. If there are no desires, there is no place for anger, greed, fear etc. In this manner, a jñānī, sthitaprajña is freed in every way.

Freedom from desires means freedom from all unhappiness. And that is the gaining of happiness. Happiness is the nature of ātmā and unhappiness is an incidental delusion in ātmā. Therefore, the freedom from that incidental unhappiness is the gaining of happiness. Therefore, Bhagavāna says: आत्मन्येवात्मना तुष्ट: – the one who sees satisfaction, happiness and completeness in the self. This means that due to the ignorance and desires, as though the natural completeness of ātmā was hidden. When the cover of ignorance is removed by knowledge, the completeness or happiness of ātmā is manifested. In our daily experiences also, we experience happiness in this manner. When the cover of desire is removed by gaining the desired object, natural happiness emerges. The extent
this cover is removed, to that extent the happiness is experienced. But in that, there is the experience of the happiness of ātmā, it is not recognized as ātmāsukha. Therefore, we think that happiness came from the desired object. Therefore, the desire for the desired object arises again and hides the happiness which is the svarūpasukha (happiness of the nature of the self). When the knowledge of the nature of the ātmā is gained by śāstra śravaṇa etc, all the desires arising from the ignorance of ātmā are removed forever.