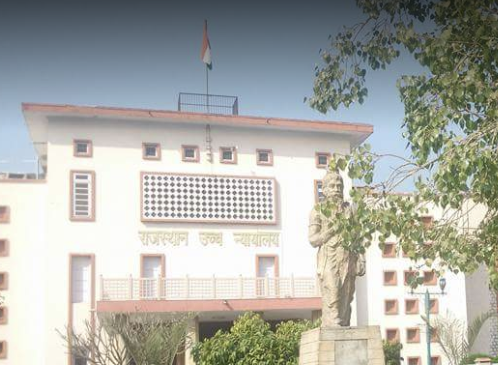 New Delhi/Jaipur: After the Supreme Court  on Thursday refusing to restrain Rajasthan High Court in delivering judgement in MLAs disqualification notice case, senior Congress spokesperson Ajay Maken said  the party will prove the majority on the floor of the House “at the opportune time”.

Addressing a virtual press conference, Maken said, “We are very confident as we have got the numbers with us and we will prove the majority on the floor of the House. We have a comfortable majority and we will call a session at the opportune time.”

The Supreme Court on Thursday upheld the Rajasthan High Court’s request to the Assembly Speaker CP Joshi to reserve his disqualification notice action till its verdict is pronounced on July 24. The verdict is to be pronounced on Sachin Pilot and a group of 18 rebel MLAs’ petition challenging the speaker’s disqualification notices that were served to them.

The Speaker’s contention at the onset was that the rebels could not petition the High Court in the current prevalent situation. Having won round 2 of the battle, the Pilot camp will have to wait till Monday for the Supreme Court’s hearing on the High Court order that will be delivered tomorrow.

The apex court pointed out to the Speaker that it was just a matter of one day and there is no reason why he can’t wait. The court also pointed out that the speaker of the Assembly is supposed to be a neutral person and should not be approaching the court in the first place.

Justice AK Mishra, a member of the three-bench panel of judges in the Supreme Court cited the logic that Even in an instance of a leader losing the faith of people in his party, it cannot serve as adequate ground for disqualification. If it is allowed, it will become an unfair tool to victimize those who raise their voice. He also cautioned that there should be no act of suppressing voices of dissent in a democracy.” Mishra in his observations however, did not make any reference to Rajasthan.

The judge’s caustic observation was in response to the Congress Party’s defence advocate Kapil Sibal who argued in court that the Speaker of the assembly has every right to serve disqualification notices and also query them on the reason for their failure to attend party meetings. “It is not in the jurisdiction of the High Court to grant any protective order to the rebel camp. The court cannot intervene in this matter as it’s the prerogative of the speaker to take the decision.”

Speaker CP Joshi had served notices to 19 rebel MLAs, including Sachin Pilot, after they skipped two meetings of Congress MLAs called by Chief Minister Ashok Gehlot last week. The rebels argued in court that they do not intend to quit the party; they only want a change in the leadership. But Mr Sibal said their act of not joining the meetings amounted to giving up their membership.

The Congress Party’s move to seek Supreme Court intervention to scuttle the matter resting with the Rajasthan High Court indicates that the Party is concerned about the Pilot Camp scoring a legal victory, which is bound to jeopardise the Rajasthan government.

Currently the numbers in favour of Chief Minister Ashok Gehlot’s government is just one above the majority mark of 101. In the event, the Rajasthan High Court decides in favour of the Speaker allowing him to disqualify the 19 rebels led by Pilot, it will make Gehlot’s life much easier as the majority mark will sharply decrease.  If the verdict is to the contrary and the rebel camp gets protection from being disqualified, they can exercise the option of voting against the Gehlot led government rendering it a tough battle for the powers that be.

In the meantime, Gehlot on Thursday said he had written to Prime Minister Narendra Modi and provided him all information about “the going-ons in the state”. In his letter to Modi, Gehlot reportedly accused in particular Union Minister Gajendra Shekhawat, of trying to topple his  legitimately elected government. “If they think they don’t trust the Rajasthan government, they can send the audio-tapes to FSL agency in the US for a voice test. They should step forward and undergo voice test. Union Ministers/MLAs/MPs give speeches, so everyone knows it is their voice,” Gehlot tweeted.