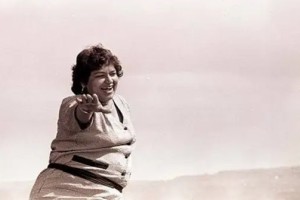 Mumbai: ‘The mother of dance / choreography in India’ Saroj Khan passed away due to cardiac arrest on Friday early morning. 71 year old Khan had to be admitted to the Guru Nanak Hospital, Bandra  last Saturday due to some breathing issues and she had also gone through the Corona test, and was tested negative.

News of her demise has left everyone in tears. The three time national award  winner Saroj Khan had choreographed nearly 2000 song’s in her forty years of career span. Some of her most memorable choreographies were for songs such as  Dola Re Dola from Devdas starring Aishwariya Rai and Madhuri Dixit,  Main Naagin Tu Sapera from Nagina and Hawaa Hawaai from Mr. India  starring late legendary actress Sridevi,  and Ek Do Teen from Tezaab featuring the dhak dhak girl Madhuri Dixit. Her last choreography was Tabah Hogaye with Madhuri Dixit Nene for Karan Johar’s movie Kalank in 2019.

Born as Nirmala Nagpal in Mumbai, she had started working in films as a child artist. Her first film was Nazrana as child  Shyama at the age of 3. She learned dancing while working with choreographer  B. Sohanlal who later on became her husband. At that time she was 13 and he was 43 . As soon as she came to know that B. Sohanlal was already a married man with three children, she parted her ways with him. Later she started as an assistant choreographer and got a break as an Independent choreographer with Geeta Mera Naam (1974).

After years of wait, she finally got acclaimed for her work with Sridevi’s Hawaa Hawaai in Mr. India (1987), Nagina (1986) and Chandni (1989) and later with Madhuri Dixit, starting with the hit Ek Do Teen in Tezaab (1988), Tamma Tamma Loge in Thanedaar (1990) and Dhak Dhak Karne Laga in Beta (1992). After these, she became one of the most successful B-town choreographers.

Saroj also became a reglar on television as judge on different reality shows like Nach Baliye (2005), Nachle Ve with Saroj Khan (2008),  Boogie Woogie (2008), Jhalak Dikhla Jaa (2009) and also appeared on one of the episodes of Tarak Mehta Ka Ooltah Chashmah as the jude of a dance competition.

Demise of Khan also known as ‘Master ji’  has left everyone in tears. At 7 am  She was laid to rest in a cemetery at Malad  by her family. “I’m devastated by the loss of my friend and guru, Saroj Khan. Will always be grateful for her work in helping me reach my full potential in dance. The world has lost an amazingly talented person. I will miss you. My sincere condolences to the family. #RIPSarojji,” tweeted her one of the most famous protege, Madhuri.

From B-town celebs to Choreographers each one is mourning for her soul to rest in peace by tweeting one or the other memory with her.