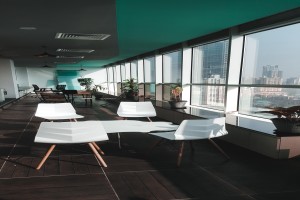 Mumbai: Restaurants in Mumbai are facing an uphill situation despite the state government reassuring them that they will be allowed to open up by July 8 with restrictions imposed to safeguard against the Corona pandemic.

A waiter in a Udipi restaurant near Matunga station informed that it’s not possible to open full scale even if the government is willing to allow them as most of the staff including waiters and cleaners have gone to their respective hometowns and are not likely to return anytime soon. This coupled with the distancing norms that require stipulations like only one person being allowed to sit on a table make things glum as it affects the financial feasibility of keeping the restaurant operational.

Hotels or restaurants on the highways are more vulnerable. The owner of an Irani joint said, “Most customers used to be young people riding on bikes and parking outside for a bite. Only 5 to 10 percent were locals or old-timers. Now, with the police intercepting people riding on bikes the number of prospective clients too has dwindled. There are some old timers who keep calling up and asking me about when they will get to eat their favorite brunmaska and Irani chai. I am unable to respond with any certainty as my anchor man has gone to his village in Raigad and his mobile is kept switched off and there has been no response for a long time.”

Restaurants in commercial areas like Andheri-Kurla stretch or South Mumbai too face similar problems. As most offices are closed and people still work from home, there is very little prospect of operating the establishment profitably. Furthermore, as there will be only a few clients, it is unlikely that the hotel chef will prepare routine dishes like idli sambar or wada sambar in big numbers and each order will take time to get served on the platter.

Most of the restaurants that used to be crowded from morning to late night are now reduced to parcel joints with people standing outside to pick up their parcels and maintaining distance before it’s their turn to collect it. Hoteliers across Mumbai also voiced their concern about the stringent conditions like only 33% of the hotel space being used for serving customers. “We feel it’s impractical to abide by such stringent norms. Negotiations are on to come to an amicable consensus. For, it’s not only about keeping restaurants open but also ensuring that it’s operationally profitable,” said a hotel owner in Andheri east.

State government officers too pitched in and said, “It’s in the interest of the city that restaurants and hotels be kept open. Only then will the economy be able to pick up. We also are working on the proposal that envisages throwing open of the bars in the city. However, that will take more time as it’s difficult to implement social distancing norms in a bar.”

Meanwhile, bachelors housed in the city who work in offices and rely on outside food are having a tough time and expect some relief from the government’s bid to relax norms on eateries. “I have a tough time organizing my breakfast and lunch at affordable pricing since the lockdown got implemented. Unable to cook for myself, I manage with bread and ketchup. It’s been some time since I have had a nutritious diet,” said Aditya living in Dadar.

*The writer is a Mumbai-based senior journalist