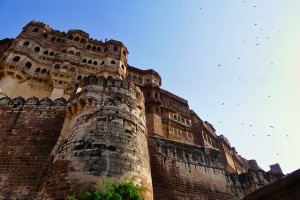 Jaipur: With Rajasthan Chief Minister Ashok Gehlot seeming to run out of options in combating the judicial activism that is targeting the Congress, the Governor Kalraj Mishra has set the date for convening of the assembly as August 14, 2020. The announcement of the date has reportedly enthused the MLAs from both the warring camps with Gehlot supporters contending that “We all want the constitution to be upheld.”

However, the muddled view that is being portrayed by the Gehlot-led Congress camp will be subject to whether or not his legislative team can win the numbers game on the floor of the house. At present, Gehlot enjoys a wafer-thin margin of 102 in the 200-member Rajasthan Assembly. In addition, this is found to be contrary to Gehlot’s claim of having 109 MLAs supporting the ruling Congress.

On the other hand, the rebel camp led by Sachin Pilot has claimed the support of 30 MLAs. Here too, there is a discrepancy as at present, the Pilot camp is only 18 in number. The numbers game however, does not end with this. The six BSP MLAs who had earlier joined the Congress are facing a Damocles sword hanging over their ends as this has led to litigation. The BSP chief Mayawati has threatened to petition the Rajasthan High Court in the event, the MLAs who were elected on a BSP symbol fail to obey her Party whip.

Even as the imbroglio continues in an air of high uncertainty, Gehlot alleged that soon after the Governor pronounced the assembly session to convene of August 14, the BJP has jacked the prices for horse-trading of Congress MLAs who are currently loyal to him. In addition, the Party with instructions from the High Command has initiated a campaign that will run on digital media christened “Speak Up for Democracy,” targeting the BJP. The nationwide campaign commenced earlier on Thursday.