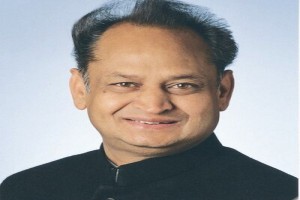 Jaipur: The Rajasthan Governor’s turning down Chief Minister Ashok Gehlot’s request for convening an assembly session on July 31 was faced with repartee from the Gehlot camp seeking a revised date in the second week of August. However, there was no clarity from either the Congress or the opposition BJP about the call on conducting a floor test. The matter is at present being set to rest for entirely different reasons by both the warring Parties.

The Congress functionary unofficially disclosed that stating the purpose of the assembly to be convened at this stage would provide fodder to the Governor for raising more questions or objections and the Party felt at this stage it was unwarranted for.  He further added, “We don’t have any obligation to inform the Governor about the purpose of convening an assembly session. It’s outside his ambit. Besides, the Chief Minister can use other than conventional means to prove his support in the assembly.”

The BJP camp too is at present not too eager to press for a floor test.  Though a BJP delegation had held talks with the Governor Kalraj Mishra earlier this week, they refrained from seeking a floor test. The delegation conceded that the right to convene an assembly session rested with the Chief Minister and his cabinet. “However, they cannot demand immediate recourse to such a move,” the delegation pointed out.

It was reliably learnt from Party sources that the best strategy the BJP could adopt right now would be to wait and watch. “The Party is not too eager to curb the impasse and prolonging of the status quo will give more time for engineering defections from the Gehlot camp,” a source disclosed.