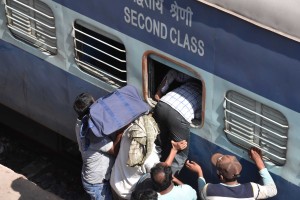 This is the first initiative of private investment for running passenger trains over Indian Railway Network. The project would entail private sector investment of about Rs 30,000 crore.

The private entities for undertaking the projected would be selected through a two-stage competitive bidding process comprising of Request for Qualification (RFQ) and Request for Proposal (RFP), the ministry stated.

The issues and concerns raised by the prospective Applicants were discussed and clarifications were provided by the officials of Ministry of Railways and NITI Aayog for improved clarity on the provisions of RFQ and bidding framework. The queries were mainly related eligibility criteria, bid process, procurement of rakes, operations of trains and composition of clusters.

Ministry of Railways would also be providing the details of passenger traffic being handled on the routes under bidding. “This will enable bidders to undertake their due diligence in the project,” it explained.

The ministry clarified that trains to operated under the project could be either purchased or taken on lease by the private entities. Ministry of Railways further clarified that risks with regard to operation of trains shall be allocated to the parties in an equitable manner. It would  be providing written replies to the queries received from the prospective Applicants by July 31, 2020. The second pre-application conference is scheduled on 12 Aug 2020.

The ministry stated that it had invited 12 Request for Qualifications for private participation in operation of passenger train services over 109 Origin Destination pair of routes through introduction of 151 modern Trains (Rakes) which shall be in addition to the existing trains operated on the network.

“The initiative is towards improving the availability of transportation services to the people of this Nation, introduce modern technology rolling stock and services that would improve the overall travel experience of passengers. Multiple operators in train operations will create competition and improve service delivery. This initiative is also intended at reducing demand supply deficit in the passenger transportation sector,” it said.