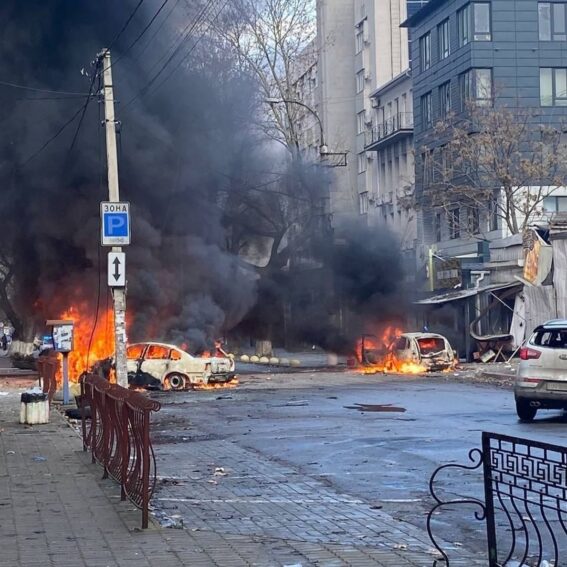 Moscow/Washington: The United States has termed the Russian declaration of a two-day’s ceasefire in Ukraine as a “cynical ploy” and American President Joe Biden interpreted it as Russian President Vladimir Putin’s attempt to “find some oxygen”.

“Whether this so-called ceasefire over the Orthodox Christmas will hold, that of course is a question that only Russia knows the answer to at this point. But to us, this is not – this does not appear to be a change in the tide of the war. It does not appear to be a strategic change in Russia’s plan or its approach. It appears to be a bid to continue to do what it has inflicted upon the Ukrainian people for nearly a year now, as it seeks to rest, refit, regroup, and ultimately reattack,” the US State Department spokesperson Ted Price told reporters in Washington.

Putin last evening instructed his Defence Minister to introduce a ceasefire along the entire line of contact in Ukraine from 12.00 on January 6, 2023, to 24.00 on January 7, 2023, “upon consideration of the address from His Holiness Patriarch Kirill”. The Russian President explained that as a large number of Orthodox Christians reside in the area of hostilities, “we call on the Ukrainian side to declare a ceasefire to allow them to attend church services on Christmas Eve as well as on Christmas Day”.

The US stated that Putin’s was a cynical ploy so that the Russians can use a bit of time – whether it is a couple of days, or however long it ends up being – to rest, to refit, to regroup, and ultimately to reattack, to reattack with potentially even more vengeance, even more brutality, even more lethality, if they had their way.

“We have little faith in the intentions behind this announcement. Our concern is that the Russians would seek to use any temporary pause in fighting to rest, to refit, to regroup, and ultimately to reattack. And so in that sense, it can’t be considered a ceasefire if the intent is to train their fire with even more vengeance, with even more ferocity, with even more lethality against the people of Ukraine,” Price said. He added that if Russia were truly serious about peace, it would withdraw its forces from the sovereign territory of Ukraine. He recalled the previously announced ceasefires heralded by the Kremlin, especially in the early days of the war, were followed by brutal strikes in places like Mariupol “against fleeing civilians”.

He also noted that the Ukrainians have of late continued to wrest back territory that was taken from them since 2014 in some cases, more recently, since February 24, 2022.