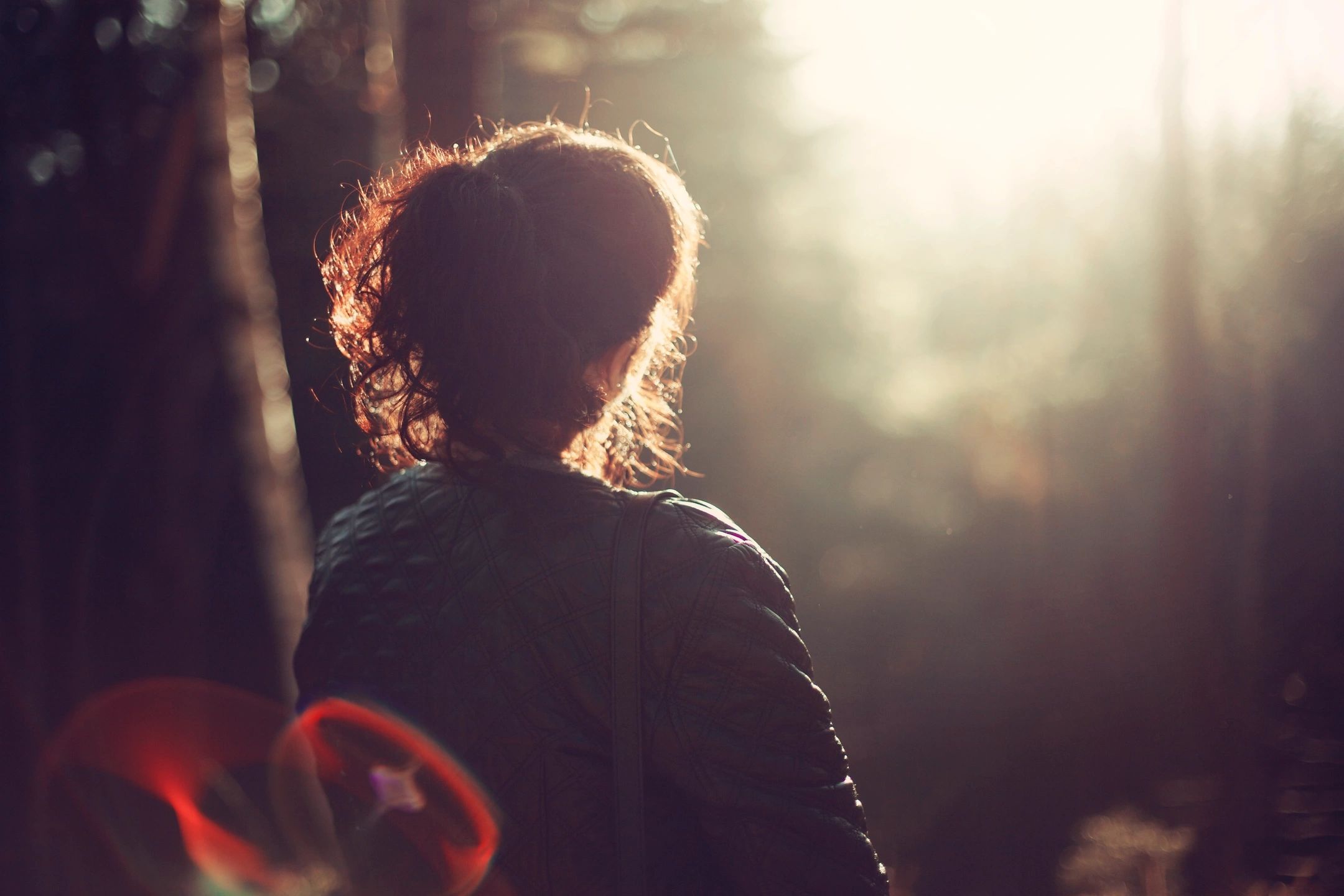 Have you turned your page?

A different perspective of Covid-19

The World Health Organization has issued guidelines for managing the problem from both biomedical and psychological points of view regarding the COVID-19 disease. While preventive and medical action is the most important at this stage, emergency psychological crisis interventions for people affected by COVID-19 are also critical. This includes direct interventions for patients, and indirect for relatives, caregivers, and health care professionals.

As human beings we contemplate, organize, conceptualize and worry. We worry because we are intelligent. Few people worry more and few do less. Sometimes worry goes far ahead in people’s mind and turn into terrible experiences. Most of the time they are in a constant unknown fear because of different phobias, obsessive-compulsive disorder (OCD), post traumatic stress disorders (PTDS) and panic attacks.

Since humans are a social species that evolved to live in big groups, the behavioural immune system also modified our interactions with people to minimise the spread of disease, leading to a kind of instinctive social distancing.

Why would the behavioural immune system shift our thinking in this way?

Schaller stated that many of our social rules – such as the ways we can and can’t prepare food, the amount of social contact that is and isn’t accepted, or how to dispose of human waste – is based on our belief system. Throughout much of human history, a lot of norms and rituals serve this function of keeping diseases at bay. Our heightened distrust and suspicion will also shape our responses to people of different cultural backgrounds. This may arise from those fears about non-conformity: in the past, people outside our group may have been less likely to observe the specific prescriptive norms that were meant to protect the population from infection, and so we feared that they would unwittingly (or deliberately) spread disease.

How pandemic issues are closely related to compulsive thoughts or obsession? With the case stated down below, you will be able to get a new perspective of obsession and mental health issues.

A 25 year-old woman Sunita, approached me for therapeutic intervention, who had recently got married. Like any other young women, she wanted to look and feel her best. While flipping through a clothing catalogue, she noticed the attractiveness of several female models. She wonders anxiously if it means she is gay. She repeatedly asked her husband for reassurance, sometimes to his annoyance. She avoided being alone with most other women for fear of somehow losing self-control and sexually acting out. She prayed to God continually for forgiveness. When an obsessive idea is triggered, she tells herself three times that she loves her husband, and mentally rehearses all the ways he makes her feel good.

There is often an emotional trigger for the first major attack, then their minds take them through various scenarios, and though they try to resist thinking about them but they cannot. The threats feel so real, they think they must attend to them immediately. Often compulsive fear is about the future because of some mistake they may have made in the past. But it is not only the mistakes that have happened that dwelling them. Mistakes that they visualize they could make also generate a sense of fear that cannot be turned off. The misery of the compulsive worrier is that whenever something bad is remotely possible, it feels irresistible.

A patient with compulsive thoughts may try to get relief by focusing on his worry but the more he thinks about his fear, however, the more he worries about it, because worry begets worry. The more you worry, the more you will worry; the more you give into fear, the more fear will control your life. Obsessiveness is often filled with doubt, may become terrified of making a mistake and start compulsively correcting themselves and others.

What happens when we make a mistake and how do we come out of the loop of worry?

When we make a mistake, four things happen.

1.     We get a “mistake feeling,” that nagging sense that something is wrong.

2.    Then we become anxious, and that anxiety drives us to correct the mistake.

3.    So now, when we have corrected the mistake, an automatic gearshift in our brain allows us to move on to the next thought or activity.

4.    Then both the “mistake feeling” and the anxiety disappear.

Same thing was happening with Sunita. Even though she had corrected herself every time a bad (as per her) or compulsive thought came into her mind, she continued to obsess. Her automatic gearshift did not work, and the mistake feeling and its pursuant anxiety built in intensity.

How can we use neuroplasticity here?

My first step for any intervention is making patient aware regarding what is happening to him and rephrasing it. Awareness is the first step towards change.

Second step is teaching my patient working of brain. Lot of seniors/colleagues and fellow practitioners do not agree with me on this as they think and believe that teaching brain working is a tedious task which is difficult for a patient to understand. I don’t agree as I have been practicing this, not only with my mental health patients but also with special needs children and it makes therapy process so very simple.

Third step is to unlock the deadlock. Basically unlocking the link between the orbital cortex and the cingulate and normalizing the functioning of the caudate.

I encouraged Sunita to understand that “Yes, she does have a problem right now. But it is not her image issues but it is her compulsive thoughts.” This rephrasing allowed her to get dissociated from the content of the obsession. I taught Sunita how to distinguish between worrisome thoughts and urges that intrude into consciousness and the content of her obsession.

The next step was to refocus on a positive, wholesome, ideally pleasure-giving activity the moment she becomes aware she is having an OCD attack, which was a crucial task. The activity could be dancing, gardening, working on a hobby, playing a musical instrument, listening to music, working out. It is essential to do something, to “shift” the gear manually.

By doing something pleasurable in place of the compulsion, patients form a new circuit that is gradually reinforced instead of the compulsion. By not acting on their compulsions, patients weaken the link between the compulsion and it eases their anxiety. This delinking is crucial because, as we’ve seen, while acting on a compulsion eases anxiety in the short term, it worsens OCD in the long term.

This approach makes plastic sense because it “grows” a new brain circuit that gives pleasure and triggers dopamine release which, rewards the new activity and consolidates and grows new neuronal connections. This new circuit can eventually compete with the older one, and according to use it or lose it, the pathological networks will weaken.

Each time patient tries to shift gears manually, he begins to fix his new circuit and altering the caudate. By refocusing, the patient is learning not to get sucked in by the content of an obsession but to work around it. I suggest to my patients that they think of the use-it-or-lose-it principle. Each moment they spend thinking of the symptom they deepen the obsessive circuit. By bypassing it, they are on the road to losing it.

Sunita shifted gear manually and over a period of three months, it became automatic. The episodes became shorter and less frequent.

We do not yet have any hard data on the ways that the coronavirus outbreak is changing our minds – but the theory of the behavioural immune system would certainly suggest that it’s probable.

Take control of your thoughts. Get your power back  !

Few days ago I called up Sunita to check her status. She sounded happy and very much in control and asked me that what was the core issue of her craziness? I smiles and said, “It’s not that you were crazy. It’s just that your brain wasn’t turning the page.”

“Don’t become a mere recorder of facts, but try to penetrate the mystery of their origin.” — Ivan Pavlov

I, the author of the content that can be found here within, can assure you, that any of the opinions expressed here are my own and are a result of the way in which my highly disorganized and somewhat dysfunctional mind interprets a particular situation and or concept. I would like to expressly convey to you that was I to accidentally defame, purge, humiliate and or hurt someone’s person or feelings as a result of them reading and or acting upon any or all of the information and or advice found here, it is entirely unintentional of me to do so.

*The writer is a psychologist, certified disability expert, trainer and consultant.[the_ad_placement id=”sidebar-feed”]