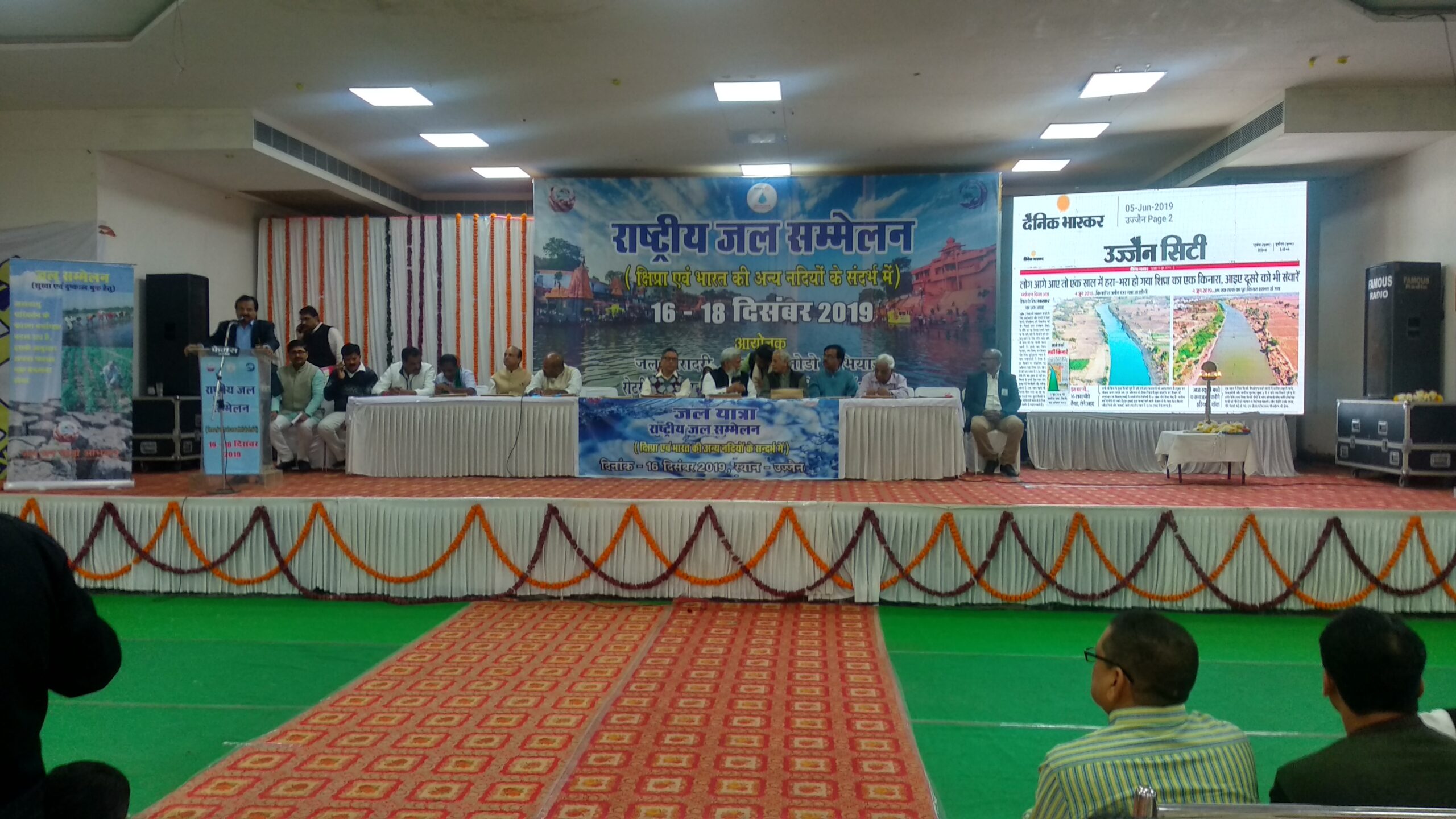 Ujjain/Haridwar: A year after eminent scientist and the first member secretary of Central Pollution Control Board, Professor GD Agarwal aka Sanand Swami laid down his life while fasting for 111 days to press his demand for a separate legislation to ensure incessant flow of holy river Ganga, a 22 year old young lady Brahmacharini Padmavati today began her indefinite fast for the same cause at the same venue at Matri Sadan in Haridwar.

In faraway Ujjain, over 350 water activists from 101 river basins of the country rose to show their solidarity with the Brahmacharini. They pledged to keep the struggle for making rivers unpolluted and incessant, afloat. These activists have gathered in Ujjain for a three day conclave on water, called Rashtriya Jal Sammelan, which was launched in the presence of Madhya Pradesh’s Minister of Public Works Department and Environment, Sajjan Singh Verma, today.  Verma mocked Prime Minister Narendra Modi and claimed the PM missed a step at Atal ghat of river Ganga and fell down the stairs in Kanpur yesterday because despite calling Ganga his mother, his intentions were not clean and “he got punished for lying to Ma Ganga”. Addressing the conclave, Magsaysay and Stockholm Water Prize winner Dr. Rajendra Singh, popularly known as the Waterman of India, lamented that Professor Agrawal’s life could not be saved and expressed concerns over the indefinite fast by the Brahmacharini. It may be mentioned that Matri Sadan in Haridwar has been in the forefront of leading a save Ganga campaign for past two decades.

Incidentally while Dr. Singh is the incumbent chairman, Dr. Agarwal was  the vice chairman of Tarun Bharat Sangh, a non profit environmental organisation with its headquarters at Bheekampura in Rajasthan’s Alwar district. Eversince Dr. Agarwal’s death, Dr.Singh has been touring all over the country as part of an “Aviral Ganga Jal Saksharta Yatra” as a part of his Ganga literacy programme. The water activists and scientist who have gathered in Ujjain will deliberate fir three days and come out with white papers on Kshipra and other rivers of the country.

Dr. BK Sharma, Vice Chancellor of Vikram University, presided over the conclave. In his presidential address he lamented that even the holy water of Kshipra is polluted.