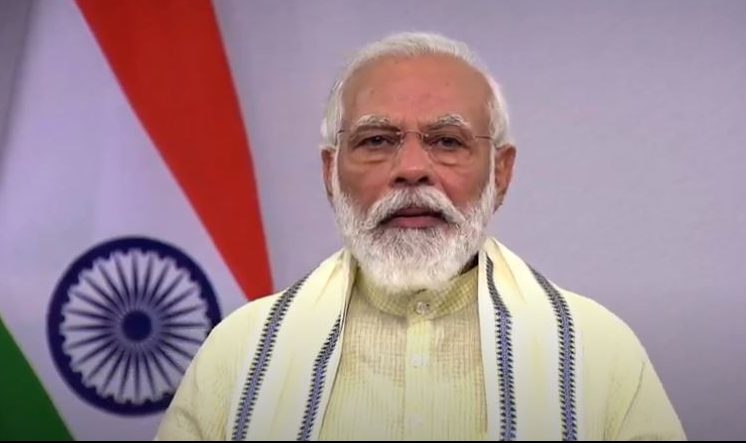 “During this five-month period, more than 80 crore people will be provided 5 kg free wheat/rice per month. Along with providing 5kg free rice/wheat to each member of a family, 1 kg free whole chana will also be provided to each family per month,” he said and added the decision was taken keeping in mind that requirements as well as expenditure would increase during this period when several festivals take place one after the other, including Guru Purnima, Rakshabandhan, Shri Krishna Janmashtami, Ganesh Chaturthi, Onam, Dussehra, Deepawali, Chhath Puja, among others.

The government will spend more than Rs 90,000 crore towards the extension of the scheme, the Prime Minister said, adding that if the amount spent towards it in the previous three months is added together, a total of almost Rs 1.5 lakh crore would be spent towards the scheme. According to him the enormity of the decision to provide free ration for three months to more than 80 crore people, that was providing 5 kg free rice/wheat to each member of the family, along with providing 1 kg pulses to each family, per month, had made the entire world take notice. “The number of people who were provided free ration is several times the population of many large countries,” he claimed.

Prime Minister underlined that the country is moving towards the institution of ‘one nation, one ration card’, which will be of immense benefit to the poor who travel to other states in search of work.