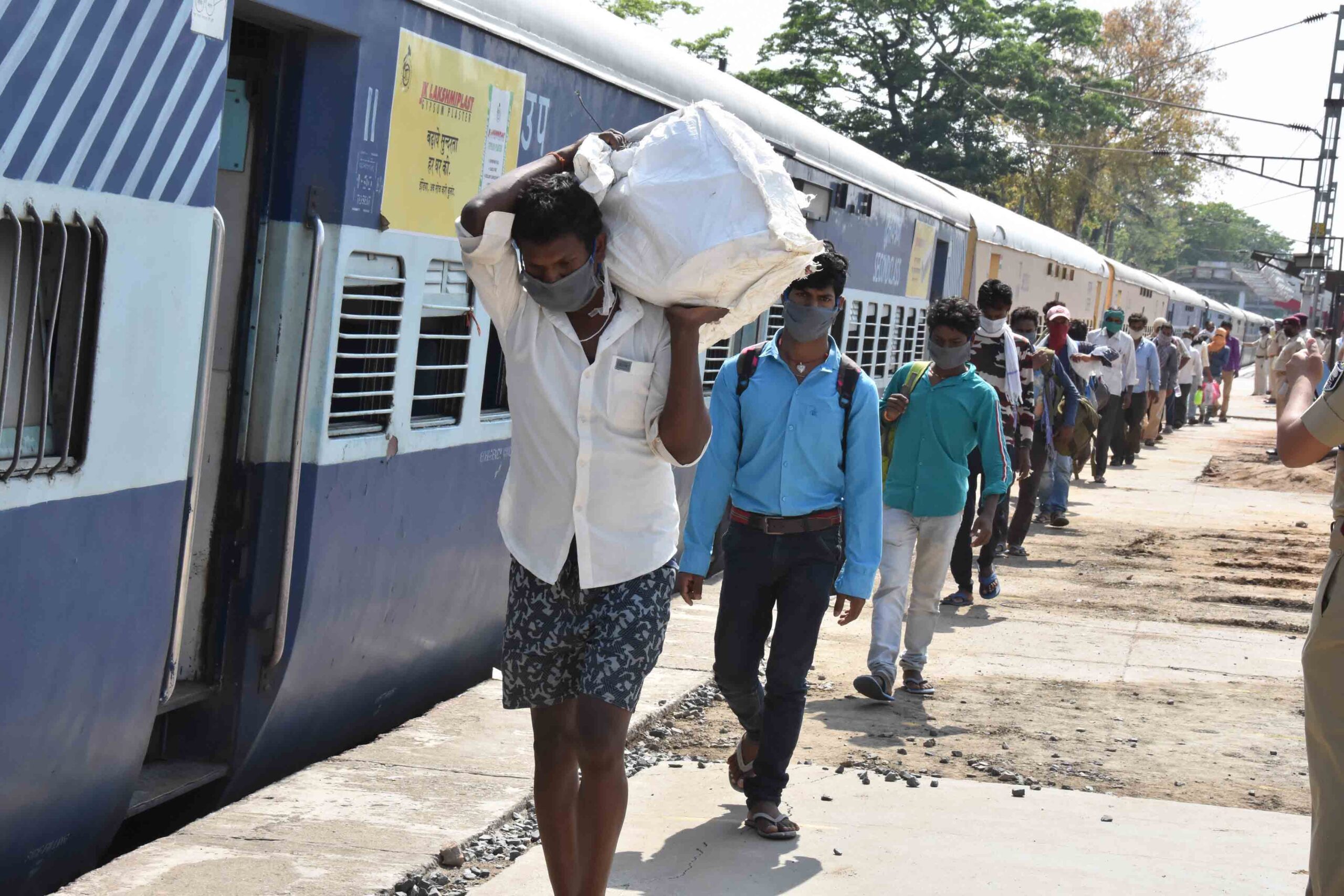 Patna: Travel travails of the migrant workers seem unending. While thousands braved scorching heat and Corona threat to walk for thousands of miles to reach their native land, those who were lucky could get a train ride too. Many are still stranded and waiting for the train journey back home. But their train journey is now very much in contention and has brought at least two state governments firing a salvo at each other. Bihar government and Delhi government are virtually at loggerheads over the issue of payment of migrant workers` train fare returning from the national capital to their native places in the state.

Bihar Water Minister Sanjay Kumar Jha has slammed Delhi government when it claimed reimbursement over train fares paid for the return of migrants stranded in the national capital due to the coronavirus lockdown.

“I saw a tweet by a Delhi minister saying they are paying for tickets of 1,200 migrants who are travelling from Delhi to Muzaffarpur (but) I have a letter here sent by their government asking for the reimbursement of money from the Bihar government,” Jha said.

“On the one hand you are taking credit, saying you are sending them back with your own money. And, on the other hand, you are asking Bihar government to return the money,” he added.

In tweets posted Friday night, Jha released a copy of that letter, which said Delhi would conduct bulk purchase of tickets and “… you (Bihar) are requested not to reimburse passengers but… reimburse… government of Delhi”.

The letter referred to a “shramik (worker)” train service from Delhi to Bihar.

The Janata Dal (United) minister also attached a screenshot of a tweet by Delhi Minister Gopal Rai that said, “Train departing from Delhi to Muzaffarpur with workers. Fare for all 1,200 on board paid by Arvind Kejriwal government”.

“The problem with lies is you forget what you have said. See, your minister Gopal Rai is lying on Twitter that your government will pay the fare, then (you) send a letter asking for money from us,” he tweeted.

Jha also said the Bihar government had already clarified that migrants who paid for their train tickets would be reimbursed directly with a minimum of Rs 1,000.

Earlier this week, a senior Health Ministry official said that 85 percent of the tickets cost for migrants would be borne by the Railways, with the remainder to be paid by the respective state governments.[the_ad_placement id=”sidebar-feed”]