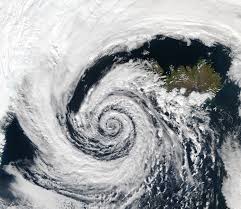 Mumbai: By the late evening of Tuesday when there was a mild drizzle active in central and south Mumbai, talk went around that the cyclone might hit our city sometime early morning. I dreaded the prospect as time for buying groceries, vegetables and bread was strictly confined to the morning hours between 9 a.m. and 1 pm. Besides, I had to purchase medicines which had gone out of stock for my ailing mother. With these thoughts worrying me I retired to bed late at 11 p.m.

At 8 am. the Mumbai skies were cloudy but there was nothing scary or ominous about the prevalent weather. I set out performing my errands and on returning, I learnt that the cyclone was slated to hit Mumbai in the afternoon hours. Mentally I was preparing for a severe cloud burst say between 12 pm. and 1 pm. Subsequent news alerts I received over my mobile phone through voice calls and also WhatsApp messages spelt it out that the cyclone will arrive at the city by 3.30 pm. The noon hours passed by as I noticed there were a few trees that were bent acutely and would require to be felled before blocking the road.

The news turned stale as well past 3.30 pm. the rains were moderate and there were no scare signs in the surroundings of south, central and suburban Mumbai. Like in Matunga located in Central Mumbai, there were tree felling incidences in Dongri which is located in South Mumbai. The city was spared from the fury of cyclone Nisarga. Not only Mumbai, but also the state’s bothering Gujarat coastal stretch was also spared of the fury with no major incidents to report.

The few Mumbaikars who dared to venture out were seen carrying umbrellas that gave me the déjà vu sentiment of how Mumbai rains can be troublesome. Towards early evening, I decided to explore my neighbourhood and see for myself of how the cyclone had treated our city. A reassuring sight greeted me when I saw K Sridhar, a software employee from our locality return home at his routine comeback time. Sridhar commutes from Matunga to the eastern suburb of Chembur.

As I started witnessing more clues and signs of people walking on the streets and some arriving on two-wheelers, I felt reassured that the city has survived its crucial phase. The cyclonic storm is at present moving towards the North-Eastern side of Mumbai. It’s likely to intensify in Nashik and adjoining townships.

Casualties too were pretty low in the island city with official sources declaring that there was only one death so far. Reactions pouring in from the locals were also heartening. Many people welcomed the cool pleasant breeze as a welcome change from the hot and humid ambience. There is also a flip side to the pleasant weather with moderate downpour. As there is no provision for sitting in hotels and savouring snacks and tea, people who stand by and consume the eatables out in the open.

The Met department too sounded a soft note stating, the cyclone has weakened and Mumbai is back to its safety left to fend for Corona attack.  Gujarat too is almost out of danger and did manage to survive swift evacuation moves and strong winds in the Valsad and Navsari regions.