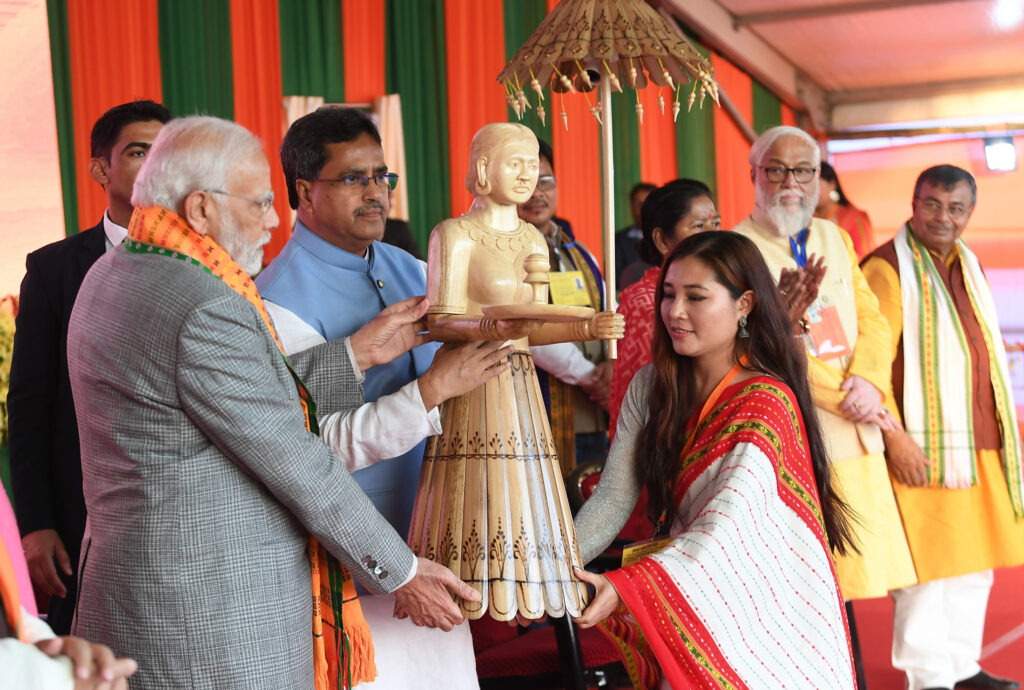 The projects in Tripura include the launch of the ‘Grih Pravesh’ programme for beneficiaries under Pradhan Mantri Awas Yojana – Urban and Rural, connectivity projects for the widening of the Agartala bypass (Khayerpur – Amtali) NH-08, laying the foundation stones for 32 roads of more than 230 kilometres in length under PMGSY III and improvement projects of 112 roads covering a distance of over 540 kilometres. The Prime Minister also inaugurated the State Institute of Hotel Management at Anandnagar and Agartala Government Dental College.

Recalling the meeting of the North Eastern Council that the Prime Minister attended earlier in the day, he gave insights on the discussions of the road map of the development of the future for all Northeastern states including Tripura. He informed about the ‘Asht Aadhar’ or eight key points for the development of ‘Asht Lakshmi’ or the eight Northeastern states. Highlighting the double-engine government of Tripura, the Prime Minister said that constant efforts are being made to pace up development initiatives in the state.

The multiple projects in Meghalaya include the inauguration of 320 completed and 890 under construction 4G mobile towers, the new campus of IIM Shillong, at Umsawli, the Shillong – Diengpasoh Road which will provide better connectivity to the new Shillong satellite township and four other roads projects across the three states – Meghalaya, Manipur and Arunachal Pradesh.

The Prime Minister also inaugurated Spawn Laboratory at Mushroom Development Center and Integrated Beekeeping Development Centre in Meghalaya and 21 Hindi libraries in Mizoram, Manipur, Tripura and Assam. He laid the foundation stone of six road projects across the states of Assam, Meghalaya, Manipur, Mizoram and Tripura. He also laid the foundation stone of the Integrated Hospitality and Convention Centre at Tura and Shillong Technology Park Phase -II.