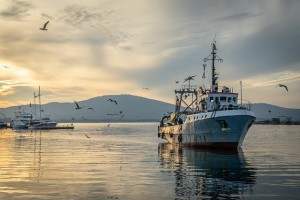 New Delhi: The Ministry of Shipping has decided to separate the operation routes of merchant vessels and fishing vessels in Arabian sea in the south-west coast of the country. The new routes come into force with effect from August 1, 2020, and the  coordinates of the routeing system in south-west of Indian waters has been notified by DG Shipping through M.S. Notice-11 of 2020.

It may be mentioned that the Arabian Sea around the south-west coast of India is a busy sea route, with substantial number of merchant ships passing through the area, along with large number of fishing vessels operating in the area. It sometimes causes accidents between them, resulting in damage of property and environmental pollution, and in several instances has resulted in loss of lives also.Hence there had been a long pending demand to get the routes separated for merchant and fishing vessels. Union Minister for State for Shipping (Independent Charge), Mansukh Mandaviya, said on Tuesday that the decision would ensure ease of navigation in Indian waters.

“It will also ensure improvement in avoidance of collision, ease in flow of traffic along with safety of life at sea and enhance protection of marine environment. It is a very proactive and positive step of Directorate General of Shipping which will efficiently regulate shipping traffic in this region,” he said.