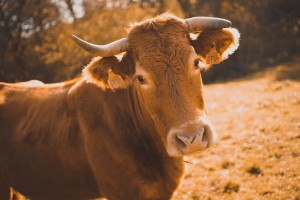 Photo by Michel Stockman on Unsplash

From the states: Himachal Pradesh

Bilaspur (Himachal Pradesh):  Even as a shocked nation is yet to recover from the news of  the death of a pregnant elephant after eating a coconut filled with explosives in the Velliyar stream at Ambalappara near Thiruvizhamkunnu forest station in Palakkad district on May 27,  yet another somewhat similar incident was brought to light here on Sunday. This time the victim was a pregnant cow, which was injured by explosives at Dahad gram panchayat  of Jhandutta tehsil  in Bilaspur region on  May 25.

Police here said it today arrested the accused, Nand Lal, who had used explosives to hurt the cow, based on the complaint of the owner of the cow, Gurdial Singh. Singh said his cow was pregnant and grazing around when suddenly he heard an explosion. When he reached the site, he found that his cow was lying down in critical condition with facial injuries caused due to explosion. The pregnant cow was then taken to a hospital and provided medical aid and later she delivered a baby calf.

The FIR in this case was lodged under section 286 of IPC in Jhandutta police station  on the complaint of Chander Shekhar, Up-pradhan on Dahad Panchayat. Deputy Superintendent of police visited the spot and investigated the case where section 429 of IPC and section 11 of prevention of cruelty against Animal Act has been charged against the accused.