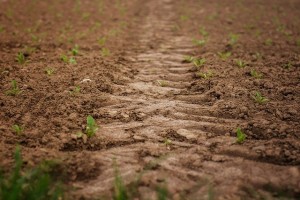 New Delhi: There was no impact of COVID-19 on progress of area coverage under kharif crops as on date, the Ministry of Agriculture & Farmers Welfare stated here on Friday. Citing figures, the Ministry stated that as on July 17, total kharif crops were sown on 691.86 lakh ha area against 570.86 lakh ha area during the corresponding period of last year — an increase in area coverage by 21.20% compared to last year in the country.

The sowing area coverage under Kharif crops was as follows: Farmers had sown

In the meantime, the ministry stated that the enrolment of farmers under Pradhan Mantri Fasal Bima Yojana (PMFBY) for Kharif-2020 season was going on “in full swing” in various States and UTs.

The Government has made enrolment free for all the farmers who only need to pay premium amount. “Farmers can get their food crops (cereals and oilseeds) insured at a minimal premium rate of 2% of sum insured, and commercial and horticulture crops at 5% of sum insured in Kharif -2020. The remaining premium will be subsidised by the Centre Government and States,” the ministry stated, adding that the cut-off date for ongoing Kharif 2020 season in few States/UTs might end by July 31, 2020.

Union Minister of Agriculture and Farmers’ Welfare, Narendra Singh Tomar on Friday appealed to farmers to get enrolled under PMFBY and requested all farmers to protect themselves against financial loss due to crop failures/damages as a result of natural disasters. The Scheme ensured protection of crop loss for entire cropping cycle, from pre-sowing to post-harvest activities. It offered comprehensive risk coverage against drought, floods, inundation, landslides unseasonable rainfall, hailstorm, natural fires, and cyclone for the standing crop as well as coverage against hailstorm, cyclone and unseasonal rainfall for post-harvest crop, the minister said.