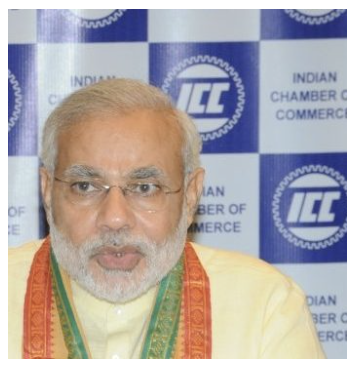 We need to build a self reliant India: PM

New Delhi: Prime Minister Narendra Modi on Thursday told business leaders of the country  that now it was time for bold decisions and bold investments, to prepare a globally competitive domestic supply chain.

“We must all work towards making India an exporter of all products which it is currently forced to import,” he said while addressing the 95th annual plenary session of Kolkata-based Indian Chamber of Commerce through video conferencing. He said that this was the time to build a self- reliant India (Aatma Nirbhar Bharat).

“Now it is time to make each village, district of the country self-reliant.” he said and called for pulling the Indian economy out of ‘command and control’ mode and taking it towards ‘plug and play’ mode. He added:  “Goal of self-reliance has been paramount in the policy and practice of the country and now the Corona pandemic has taught us a lesson on how to speed it up. It is from this lesson – Aatma Nirbhar Bharat campaign has started.”.

Appreciating the efforts of small traders during the lockdown period, he said by buying local produce from them, “we are not just paying them for their goods and services, but are rewarding their contributions”.

Modi  not just referred to the COVID-19 pandemic but also pointed out at  problems arising out of disasters like locust attacks, hailstorms, Oil Rig Fires, series of mini earthquakes and two cyclones. “The nation is fighting these problems in unison and such difficult times have made India more resolute,” he said.

While on one hand the Prime Minister listed the major reforms announced under Aatma Nirbhar Bharat campaign like expanding the scope of definition of MSMEs, arranging special funds to support MSMEs, decision related to IBC, creation of Project Development Cells for fast tracking of investments, on the other hand he also urged the use of Rupay Cards for creating a self-reliant India.

Modi termed the recent policy decisions taken in the field of agriculture, as steps to liberate the  agricultural economy from years of restrictions. “Now the farmers of India have the freedom to sell their product, their produce anywhere in the country,” he said.

He further claimed that the government’s current cluster based approach to local produce will provide opportunity for all. “Clusters associated with these will be developed in the districts, blocks in which they are born,” he said and elaborated: “Along with this, clusters will also be made for Bamboo and Organic Products. Like Sikkim, the entire North East can become a huge hub for organic farming.” He said that Organic farming can become a huge movement in the North East, if it is made a global identity and dominates the global market.

Modi also called for reviving the “historical superiority” of Bengal in manufacturing. Taking inspiration from “What Bengal thinks today, India Thinks Tomorrow” PM urged the industry to move forward. He further said that “people, planet and profit” were interlinked to each other. “All three can simultaneously flourish and co-exist,” he said and cited the example of the reduction in price of LED bulbs  six years ago, which he said had led to savings of about Rs 19 thousand crores in electricity bills every year. “That is, Profit for both people and the planet,” he said. He also took the example of waterways that could  reduce the cost of logistics and that “the planet also benefits from less fuel burn”.

Modi also said the campaign to free the country from single use plastic will  benefit West Bengal by furthering the Jute business. He urged the industry to take advantage of the opportunity further.  He further urged the industry to invest in R&D and manufacturing of better Batteries to increase the power storage capacity of the Solar Panel in the country. He also called for handholding of MSMEs, of such institutions, who are engaged in this work.

Quoting from Guruvar Tagore’s famous poem “Nutan Juger Bhor”, the Prime Minister exhorted the Industry to understand the opportunities available in the current challenges and said that only marching feet can create a new path. There should be no delay now, he said.[the_ad_placement id=”sidebar-feed”]