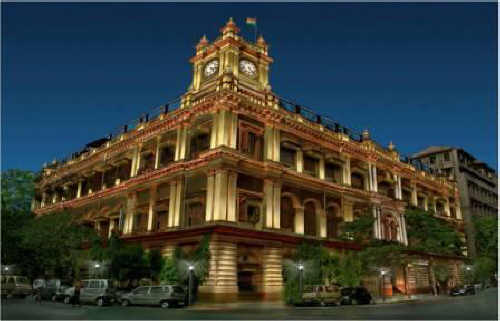 New Delhi:  The Union Cabinet chaired by Prime Minister Narendra Modi today approved renaming  Kolkata Port as Syama Prasad Mookerjee Port, after the founder of Bharatiya Jana Sangh, the predecessor to the Bharatiya Janata Party, which is at the helm at the Centre at present.

The Board of Trustees of Kolkata Port Trust in its Meeting held on 25th February, 2020 had also passed a Resolution to re-name Kolkata Port as Syama Prasad Mookerjee Port, Kolkata.

It was on the occasion of the inaugural ceremony of Sesquicentenary Celebrations of Kolkata Port on 12th January, 2020, that the announcement was made to rename the port –the first major port as well as the only riverine port of the country, after Dr. Syama Prasad Mookerjee, who hailed from West Bengal. It may be mentioned that the historical Kolkata Port came to be governed by a Trust on 17th October, 1870 on appointment of the Commissioners for Improvement of the Port of Calcutta as per Act V of 1870. It features at Serial Number 1 in The First Schedule, Part I—Major Ports of the Indian Ports Act, 1908 and is governed by the Major Port Trusts Act, 1963. Kolkata Port has traversed 150 years and in this journey it has been India’s gateway to trade, commerce and economic development. It has also been a witness to India’s struggle for independence, World Wars l & II and socio-cultural changes taking place in the country, especially in Eastern India.

Generally, the Major Ports in India are named after the city or the town in which they are situated. Some ports, however, in special cases or in due consideration of contribution made by eminent leaders have been re-named after great national leaders in the past. Nhava Sheva Port Trust was renamed as Jawaharlal Nehru Port Trust by the Government in the year 1989. The Tuticorin Port Trust was renamed as V.O. Chidambaranar Port Trust in the year 2011 and the Ennore Port Limited has been re-named as Kamarajar Port Limited in the honour of Shri K Kamarajar, eminent freedom fighter and former Chief Minister of Tamil Nadu. Recently, in 2017 Kandla Port was re-named as Deendayal Port. Besides, many airports have also been named after the national leaders in India.