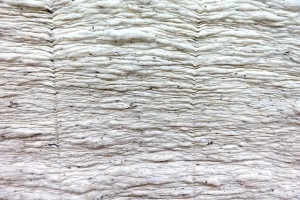 Mumbai: The Cotton Association of India (CAI) has come out with a positive outlook for the Indian cotton exporters in the season that will end by September 30, 2020. In its report, the CAI has flagged an increase of 5 lakh bales accruing to the export market as compared to the previous crop year, citing favourable conditions that have come into play. The figures supplied by the apex cotton body in India also mentioned a carryover stock by the end of season will stand at 55.50 lakh bales.

The figures for the cotton arrival estimate for the current cotton crop season too compared favourably with the previous year’s stock. Taking a look at the figures that were released, the June estimates for the cotton crop in the 2019-20 season beginning from October 1, 2019, stand at 335.50 bales of 170 kgs each. This is 5.5 lakh bales more than the previous estimate of 330 lakh bales made in the month of May. The previous crop years (2018-19) figures that were finalized stood at 312 lakh bales of 170 kgs each.

The members of the CAI Crop Committee will monitor consumption figures very closely and if any increase or decrease is required to be made in the estimate of cotton consumption, the same will be made in the crop reports for the months of July and August. The Association has convened a meeting of all 30 members of the Crop Committee in the 3rd week of August to finalise the figures of Production, Consumption, Import, Export and Carry-over Stock.